It is Wednesday right? I woke up this morning thinking it is Friday. How depressing to discover the truth. In all honesty, I had good reason to be confused. Who thinks straight at 6 in the morning with sub-zero temperatures? Word of advice to tourists around the world: NEVER come to South-Africa in the winter expecting warm weather. You would be so sad to discover the truth. It is freeze-your-ass-off-cold right now. My claim of “loving winter” is under severe strain while I ingest numerous sources of caffeine to jump start my brain.

Last night I finally decided to bring out my heater to heat up the freezer that is impersonating my room, only to discover it didn’t work. Sadly, I put it away, but discovered later on that I had accidentally turned off my plug in the last week – A really intelligent moment. I can only justify it by expressing how busy I had been during the day – it was the craziest in a while.

The dieting is going really well, partly because I am too busy during the day to eat any junk. I have impressed myself with my exercise routine lately. Even yesterday, when I felt I had run a marathon during the day, I managed to get my but on my bike and do a full 60 minutes. I am currently in that phase where exercise is fun, and I really enjoy the satisfaction of knowing I am improving myself afterwards.

The book I am currently reading is not compelling me at the moment. It is very good, from one of my top five authors, but it just feels less impressive than her previous books.

I started on Season three of Supernatural. That season really started off with a bang. The second episode, which I watched last night, nearly made me throw my tablet across the room (again). Man, that show taught me never to trust children. They are creepy.

Anyhow, here is some inspiration for today. I hope it is a good one! 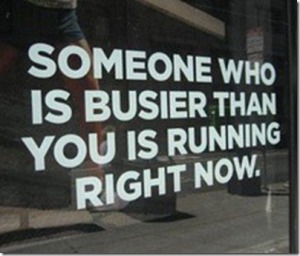 When I saw this book at a reduced price, I thought I had caught a major score. In hindsight I should have known that books are reduced mostly because they don’t sell. I started to read it, and my disappointment was infinite. The book bored me. In fact, it bored me so much I wanted to stop reading it (and I always finish books) 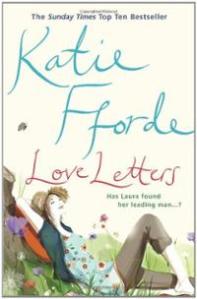 The book is set primarily in England, and that took me ages to find out. I usually expect writers to fully describe scenes, characters, settings and whatnot. This did not happen. I was sorely disappointed in both the male and female lead. Laura Horsley is the kind of girl everyone wants to slap. Armed with a degree in literature, she faces unemployment when the bookshop she works in closes down. She miraculously gets a job as the main organizer for a literary event when she accidentally makes it sounds likes she knows the reclusive Irish writer Dermot Flynn. She is ordered to Ireland to try and convince him to join their festivities, and her infatuation leads to full blown romance when she meets him for the first time

This may seem harsh, but I really felt like the book had so much more potential. I couldn’t find any reason why the book had been named Love Letters – there was no mention of it! Feminists across the world probably felt outraged if they ever read it. Laura has this 1850’s approach to love and men, and I really think a writer of this millennium can do more with the lead character.

Another irritating thing was the writer’s continuous references to bad books. That seemed rich. I probably would have reacted more kindly to the storyline if I didn’t find all the comments about bad editing, bad writing and snobbery about other people’s work.

I might mention that this book could be fun to other readers. It has some nice moments, and with a little “editing” the writer could have enormous success as a romance novelist.

Today is FREEZING in South-Africa (everyone on social networks seems to feel inclined to mention this especially), but I am in a pretty good mood. It has been a while since I posted some motivational pictures, so please see below, and be motivated 🙂

This quote describes perfectly how I have been feeling lately. I wish people (including myself) would stop being obsessed with what other people think of them.

This quote by Gandhi has always been one of my favorite quotes ever. 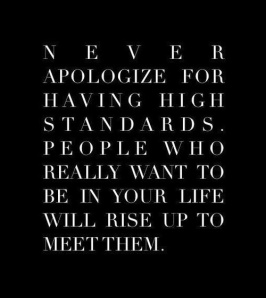 I am a worrier. There is always something to worry about, but I am training myself to worry less and be more productive about things.

Have a good day!

It has been so hectic and busy. I cannot believe that it is June already. When did that happen? I guess I have been just working to get through my exams and past it, and I did. I am finally done with this semester. Taking 5 subjects and working is not easy. I really hope I did well, but passing everything will also suffice. The best part of being done with exams is all the free time. I constantly find myself wondering what I should start studying, and then rejoicing when I realize I am done.

I finally bought something I need – a tablet. I need to get a new laptop (mine broke) but I while I save for it I got something to keep me occupied. I have an Alcatel onetouch and I am so impressed. For a fraction of the price I would have paid for the more popular tablets, I got everything I wanted. The only drawback is that it only has WiFi, but I am still so impressed!

My book challenge is well on track now. I am nearly at 30 books, and I have read two books written by new authors (for me) as a part of it. Watch out for the reviews next week!

Here at work I have been struggling to adapt to new personalities. Change means growth, but I am really resisting in this case. I really don’t know why. Maybe we just have such different personalities that it seems impossible at this point?

On the weight loss front I am still working hard, and still seeing no significant changes. I have started really training again, so I will see how that goes. I just really want to focus on being healthy and happy. 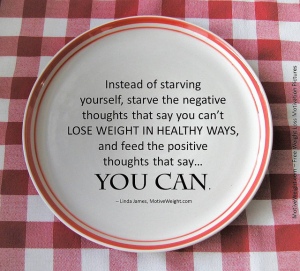 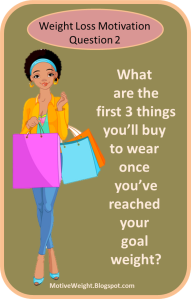 What are your plans for the weekend? 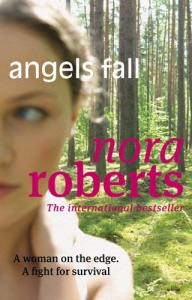 Reece Gilmore’s arrival in Angel’s Fall coincides with her car breaking down, and her finding a job there. She gets herself hired at Angel Food, or Joanie’s, run by the admirable Joanie Parks. At work she meets Linda-Gail case, and they become good friends; something Reece really needs.

When Reece meets Brody, a writer, she isn’t overly impressed. Her initial opinion of him is a slightly rude man, and ignores him for the most part. Brody shows he is actually quite decent when he follows Reece up the trail she is hiking to see if she is doing fine. It is just as well – Reece witnesses a murder through her binoculars and races down the trial in panic. Brody manages to calm her down, get her to his cabin, and call the police.

When the Sheriff arrives, he agrees to investigate into Reece’s claims. He follows through, even going to the alleged crime scene to look for clues. He also looks into her past as a precaution, and confides in Brody that she is the sole survivor of a restaurant killing that left all her co-workers dead.

Brody and Reece go back to the scene, and try to look for clues. On their way back, they kiss, and Brody tells her that he plans to do it again. She is amused and conflicted at her feelings, and asks a little distance to get her feelings in order, since she hasn’t been with a man since the shootings.

Reece worries that she is slipping back into the mental condition she was in after the massacre. Her clothes are stained with red ink, her garbage ends up in her trunk, there is stuff written over her bathroom walls, and finally, her small flat is flooded, flooding the diner below as well. Reece is fully convinced she is sabotaging herself, but Brody manages to convince her that it might be the killer trying to get out of town. With Brody believing in her, they start searching for clues, and finally find a possible victim – a woman working in a biker bar in Jacksonville, Deena Black. By all accounts, Deena wasn’t an upstanding citizen, but Reece still feels responsible to see that she is found and her killer apprehended.

A decomposed body is found in the woods, and the Sheriff presses Reece to admit that it could be the woman Reece saw. Reece doesn’t accept this, and the only people who still believe her are Linda-Gail, Joanie and Brody.

Linda-Gail and Joanie’s son, William (Lo), starts the relationship that has been threatening to happen since their childhood days.  When Lo lies to Linda-Gail about his whereabouts one night, she nearly leaves him, but grudgingly accepts to wait until he has proven himself. Reece finds out he lied about his whereabouts on the night the killer stalked her in Brody’s apartment, and she begs Linda to keep her in the loop.

Lo proposes, revealing his true whereabouts – he had been arranging the proposal. Linda-Gail accepts, and the happy couple barely notice the drama taking place. After the sheriff calls Brody to his cabin, he drugs him, and waits for Reece to do the same to her. He reveals his affair with Deena Black, the victim, and how she wouldn’t back off when he broke off the relationship. Brody struggles through his drug haze to trip Rick, and Reece runs out of the cabin. She bursts into the cabin that Linda-Gail and Lo are staying in, steals a gun, and rushes back to save Brody. Rick shoots Brody in the shoulder, but Brody and Reece manages to restrain Rick, and he is taken in custody.

At the end of the book, Brody asks Reece to move in with him, and settle into a life together.

This book has always been one of my favorite books. I had sympathy with Reece all the way through, and felt her empowerment as she rebuilt her shattered life. She is the type of needy character I can tolerate, and worked so hard to be someone again. Brody himself had everything needed for the male lead. He is so unashamedly male, and his reactions towards everything fit with his character. The book is, as usual, full of rich detail, and Nora Roberts once again manages to get the reader absorbed in her fictional world.