Book and Movie Review: Similarities, and which one won

The condensed version of what happens:

After Elizabeth Gilbert finally divorces her husband after years of heartache, she is emotionally drained and is suffering from severe depression. Her relationship after her divorce with a man named David also goes off, and she knows she needs to restore her balance somehow. She found faith through David – Hinduism.

Elizabeth has three wishes to fulfill her life: To visit Italy to learn to enjoy life again and speak the language that has always fascinated her, to visit India and go to the Ashram of her Guru, and to go to Bali in Indonesia to find a balance between her spiritual life and pleasure.

After the divorce, Elizabeth is broke. An unexpected miracle happens and she is able to make plans to visit the three countries within a year: Italy first, then India, and lastly Bali. Each visit will take four months.

In Italy Elizabeth visits the finest Italian restaurants, and truly enjoys the food, the people and their culture. She starts her healing process here, only focusing on the enjoyment of life. Her nature enables her to make friends easily, and most notably she becomes friends with Luca Spaghetti (obviously Italian) and Sophie, a lovely Swedish girl.

In India, Liz starts to become a true Yogic devotee, meditating for hours on time. Her struggles with more complex meditations are becomes her battle, and she takes a while to understand why it is so necessary. She makes a Texan friend, Richard, and he helps her makes peace with the memory of her husband and the divorce, and also parts of herself.

In Indonesia, Bali, Liz studies with Ketut, an old Balinese medicine man. In exchange for English lessons, he teaches her how to be more spiritual. She also meets Wayan, another healer. They become best friends in Bali. Through Wayan, Liz ends up at a party hosted by Felipe, a Brazilian expat who also went through a divorce. Liz and Felipe starts seeing each other, attracted by their similar pasts, their chemistry, and the way they now approach life.

Will Liz and Felipe manage to keep their relationship working when they are supposed to live in different parts of the world? 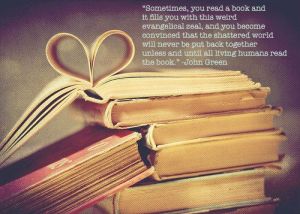 The lengthy reasons why I really loved this book:

Firstly, the book is superbly written. The writing is of such a high standard, and it is obvious that the writer is well trained in her art.

EPL is a book that manages to bridge a gap between two types of books I never read – self-help and autobiographies. Both of these irritate me senseless because 1) I am quite able to fix myself and 2) you are not so overly interesting that I want to read about your life. EPL, however, is a good bridge between the two. Elizabeth Gilbert’s life has been one of incredible privileges, but also unthinkable sadness. She makes you understand that divorce rips you apart, and take ages to recover from. She describes her journey to recovery to you in a way that makes it seem possible that you too can recover from any depression in her lives.

The self-help part of the book isn’t enforced in the obvious way that it is normally done. Your beliefs and the way you perceive the world happens automatically when you read through her tale. It isn’t something you can help, or something she insists on, but rather something that is a very natural step by reading such a thought provoking book.

I love how she refers to everyone in the book as “my friend”. It makes me sense the overall politeness of her character, and that she will accept you no matter what.

The book made me interested in other peoples’ cultures and beliefs. Living in South-Africa, it is a challenge each day to change your mind-set enough to consider someone else’s viewpoint because their traditions and cultures are so much more different from yours. Her travels to Italy, India and Indonesia are full of interesting, wise people with fascinating stories. They are all so different, and all are fascinating. She shares many sad stories too – is it even possible for anyone to become fully connected to the divine without difficult times behind them?

In Italy, I found the search for the perfect meal delightfully acceptable. Her desire to only experience pleasure was gratified here, and she managed to learn other lessons too. There was still so sad about her damaged love life. Italy, it would seem, is the perfect place to recover from its demise.

India is all about the spiritual journey of her year long hiatus. In the Ashram, she cements her Hindu beliefs and starts to learn how to balance her life. What struck me the most is her insistence that she would never state any religion is wrong. I am a fierce believing in the right to choose your religion, and she is definitely part of that belief.

Bali is the place where Elizabeth finds everything she needs – food, friends, spirituality (especially through the wisdom of her friend Ketut, a Balinese healer aged somewhere between sixty and one hundred and twelve)

Elizabeth’s other healer friend Wyan’s tale made me sad. The woman defied her culture by divorcing her abusive husband and getting custody of their daughter, an unknown victory in the patriarchal society of Bali. She still survived, took care of her daughter, adopted two orphans, and made a business of her healing powers. She even managed to stay true to her culture despite defying it – she practices her beliefs devoutly and her work honors it.

On the Bali part, I know now much more of their history than previously. When I thought about the holiday destination before, I thought of the terrorist attacks in 2003, and also about what a beautiful place it is. Now I know that their story runs much deeper, and their peace now is so well deserved after centuries of violence and struggle. Their culture is deep and unexpectedly humorous – they basically name their children First, Second, Third and Fourth. I found this confusing system funny and sweet, and really simple since it makes naming your children not so exhausting like our Westerners’ naming activities get.

Finally, when she finds Felipe, you are happy for her knowing she has someone special again, even though she would have been fine alone for a very long time. Wyan tells Elizabeth that Felipe is a good man outside and inside (of himself), and that is apparently very true. He seems perfectly made for Elizabeth. It is almost as if they experienced the same things in life just so that they, he a Brazilian and she an American would end up in Bali, and find one another.

If I have one complaint about the book, there were a few parts that threatened to become tedious in explanation. However, it was such a little amount of places that I really did not mind in the end.

In this case, the book is victorious over the movie. Both are exceptionally done. I am a huge fan of Julia Roberts, and I think she was a wonderful choice for Elizabeth. She fits the physical description perfectly, something that rarely happens in a book-movie adaption.

The male characters were well cast as well. It is enjoyable seeing James Franco act as David, mostly because he plays a lovable yet childish guy. Javier Bardem rocks as Felipe. I think that he is the captures the essence of that character so well – an older gentlemen who has such capacity to love but is still afraid of hurt. 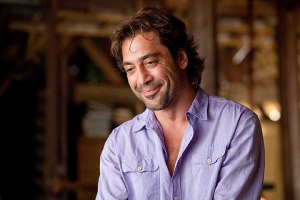 There were a few changes, naturally. I didn’t mind as much because it simply served to provide a movie within an acceptable timeframe.

The book wins over the movie because the book packs enormous spiritual power, and the movie doesn’t as much. There simply isn’t enough time in one movie to accurately portray the storyline.

My friend Zoe mentioned that she had read somewhere that it is a movie about sunglasses, and I have to confirm it is true. It is the great movie of promoting sunglasses to be honest. The sunglasses rock in Eat Pray Love, turning already hot characters into very, very hot characters. I love the aviators on Julia Roberts, and Javier Bardem looked mighty fine with his as well. The fact is that the storyline encourages sunglasses, because travelers wear sunglasses. A whole lot.

I really liked the movie, and I would recommend both the book and it to most people. You might get a bit offended if you aren’t comfortable discussing other religions than your own, but I found it wonderful.