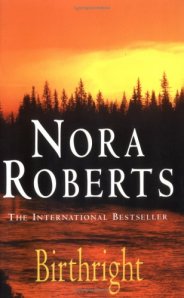 Callie Dunbrook, a successful archaeologist, arrives in Antietam to start working on a new discovery found at the development of a new set of apartments. She appears on local television to tell everyone what is happening, and rocks Suzanne’s world. Suzanne realizes that Callie is very likely to be the daughter that was stolen from her when Callie (who was named Jessica by her birthmother) was only 3 months old.

Suzanne’s son, Doug, is displeased and worried that his mother has found another candidate she suspects of being her daughter. He spent his entire life feeling guilty for what happened to his family when he was a small child, watched his parents separate because of it, and watched his mother break down every time someone she suspected turned out to not be her daughter. He heads to the digging site to confront Callie, but even he is struck with how similar Callie looks to his mother. Callie’s ex-husband Jake is also at the site, working with Callie, much to her displeasure, and is quick to jump to her defence when Doug arrives. Callie split from Jake because she suspected him of infidelity, and between her suspicions and his stubbornness to prove that he is innocent they divorced even though they are still madly in love with each other.

Callie is shocked when she confronts her parents and learn that they – through what they thought were legal channels – adopted her. She appoints Lana, another woman in the village, as her attorney and together they start searching for what happened all those years ago. Lana becomes romantically involved with Doug.

It becomes obvious someone doesn’t want the adoption scheme to become known when people are murdered and drugged at the site, and one of the cabins there are blown up. Lana’s office is set on fire as well, but it only makes the four more determined to find who was responsible for Callie’s kidnapping all those years ago. Who is behind the attacks? Will Callie and Jake resolve their issues? Will Lana and Doug stay together? Can Callie’s birth parents connect to the people that raised their daughter?

I was thoroughly entertained by Birthright. It deals with something as chilly as kidnapping and murder successfully and incorporates blistering romance in between. Jake and Callie make a great couple – they are insanely attracted to each other and both are stubborn, passionate and intelligent people. I liked both Callie and Lana’s go-getter attitudes and their fearlessness when dealing with a crisis. I liked all the different pockets in the book – recovering a marriage, the trauma of learning the people you thought were your parents are not, trying to bond with your real parents, Doug’s misplaced guilt and all those archaeology terms.