Ryan: Never mind, Houston, never mind the story! Ah. It’s starting to get hot in here. OK. Alright the way I see it, there’s only two possible outcomes. Either I, make it down there in one piece and I have one hell of a story to tell. Or I burn up in the next ten minutes. Either way whichever way, no harm no foul.

Plot: (Via IMDb) A medical engineer and an astronaut work together to survive after a catastrophe destroys their shuttle and leaves them adrift in orbit.

I made this poster. Pretty chuffed with myself 😀

So many feels!!! I can firstly mention that I have been completely cured of my hidden desire to be in space. Lying on the grass staring up will henceforth be sufficient.

Secondly, this is the first time in a long time I actually wished I had watched a movie in cinema. The effect of Gravity on IMAX would have been absolutely breathtaking, and I am really despondent I missed such a movie experience.

I really appreciated the pace the movie progressed with. Everything that went down had a reason to it, and there weren’t those pesky drawn out scenes that I despise so much. The movie isn’t long and I was dreading length here initially, no one yaps too much, there aren’t too many characters, and the two available give such stunning performances I wish I knew why both of them didn’t get an Oscar for this. I could yap about graphics and stuff but it is not my field of expertise, so I will say it was excellently done and leave it at that. We can thus just focus on the beauty that is space, be humbled by how little we understand from it, and be eternally grateful that even though it is messed up, the Earth is an okay place to be in with its gravity holding us grounded.

Sandra Bullock’s character was amazing. She was so sad and broken, and her finding the courage to fight for her life when she felt she had nothing to live for will give me chills until the end of time.

I took away a real lesson from this movie: If your day is bad, it is highly unlikely that it will be as bad as Ryan’s in space. Gravity is all about the triumph of the human spirit, and I nearly pulled out a few hairs when it seemed the water was crushing her to death (watch the movie and you will know what I mean)

Matt: I get it. It’s nice up here. You can just shut down all the systems, turn out all the lights, and just close your eyes and tune out everyone. There’s nobody up here that can hurt you. It’s safe. I mean, what’s the point of going on? What’s the point of living? Your kid died. Doesn’t get any rougher than that. But still, it’s a matter of what you do now. If you decide to go, then you gotta just get on with it. Sit back, enjoy the ride. You gotta plant both your feet on the ground and start livin’ life. Hey, Ryan? It’s time to go home.

George Clooney (who is like wine), perfected the role as veteran astronaut Matt Kowalski. He was so calm and collected and such a relaxed presence even when things started going horribly wrong. I really enjoyed how he just handled and accepted what came up. 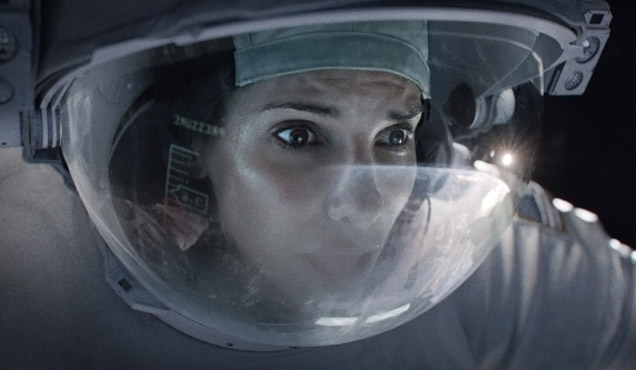 Bestie told me that Pappy has very strong feelings about this before I watched it, and I just had to see if he was right. He was (obviously) very right about it, and I LOVED it too much. I can definitely see myself rewatching and recommending the hell out of this movie – even if you don’t absolutely love it, you will still enjoy it. If I have to name my favourite top ten movies immediately, I can see myself working this in now!

Have you seen it? Did you like it? Let me know!