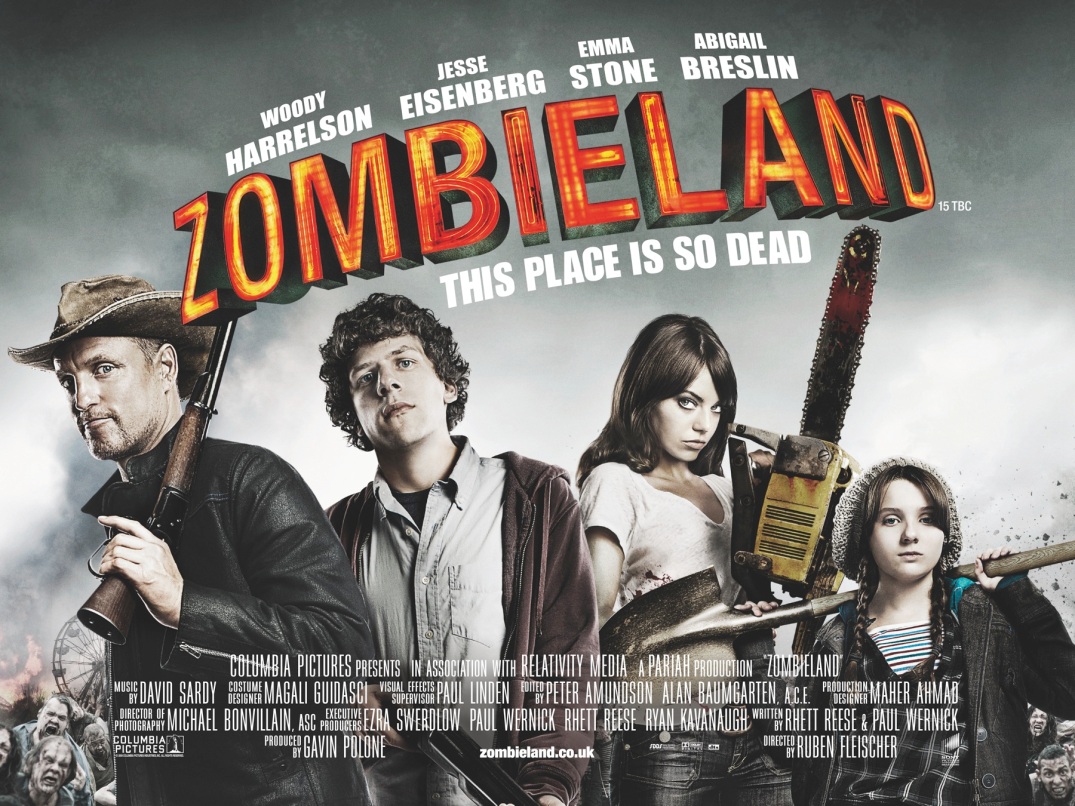 Plot: A shy student trying to reach his family in Ohio, a gun-toting tough guy trying to find the last Twinkie, and a pair of sisters trying to get to an amusement park join forces to travel across a zombie-filled America. (IMDb)

This is about the fourth time I’ve seen this movie and it has yet to grow old for me. I have enormous amounts of fun every time because it is just so, well, AUTHENTICALLY funny. The humor isn’t overly silly, it’s not forced, and it genuinely original and fun. The story is about as realistic as every other zombie movie out there, so not at all, but still enjoyable. Humanity is obsessed with its’ own demise, but this movie makes a lot of fun with the end of the world. 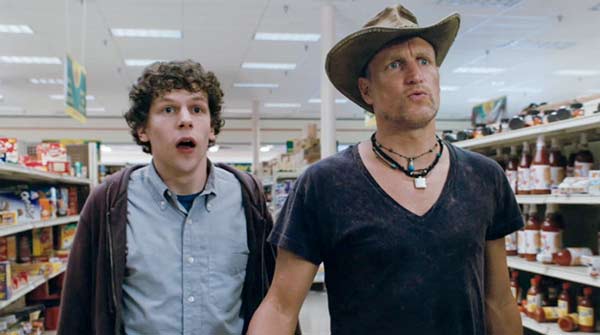 I really love Emma Stone and she is her hilarious self as always. Jesse Eisenberg is not a most beloved, but Columbus was a character well enough written that the actor wasn’t such a factor. I absolutely enjoy Woody Harrelson and his love for Twinkies in here is so understandable. Who doesn’t like the soggy, yellow delicious bastards? Tallahassee is a funny, kick-ass guy who is the perfect contrast to Columbus’s little boy behavior.

Hmmm, what else did I enjoy about this? Wichita and Little Rock being able to so skilfully dupe the guys. It is funny and original and everyone is obviously having a blast in there. The Zombies aren’t scary at all. There are some hilarious one liners said by every character. The story is simple and it doesn’t try to be all serious, or suddenly switch between genres. The movie isn’t ridiculously long.

Recommendation: If there is the off chance you haven’t seen this yet, I suggest you do because it is tons of awesome!