Plot: As a prolific South African writer disappears, a journalist is motivated by ambition to uncover the writer’s secretive history. (IMDb)

I have this huge thing about supporting Afrikaans movies (to be fair, all South-African movies). I think we do have some talent in this country and it needs to be developed and encouraged, so I am usually quite keen to give a South-African production a try.

That said, South-African movies and especially Afrikaans movies are quite bad. It suffers from shaky story lines to horrid acting to dodgy directing and it is usually a magnificent cheese fest.

So, imagine my surprise when I went into the cinema on Friday night and watched Ballade vir ‘n Enkeling (the title translates into something similar to Song for the lonely one) and it turned into one of the best things I’ve yet seen in 2015.

Ballade vir ‘n Enkeling was originally a TV drama in the 80’s. I’ve heard that it is an excellent retake on the old story. The story focuses on the disappearance of successful author Jacques Rynhard (Armand Aucamp). Carina Human (Donna-Lee Roberts) is a journalist at tabloid newspaper Montage and is ordered by her sleazy boss Gavin (Zak Hendrikz) to find all the dirty on Rynhard’s life. The more Carina searches, the less she seems to find: No-one that knows Jacques has any issue with him – he is a loved and respected man, the darling of the country and his own community. Desperate for information and the chance to get a post at a respectable newspaper, Carina finally hits paydirt. But when she starts comprehending the events that happened in Jacques life, the question becomes whether she wants to tell the public her information and if she can use it to find out what happened to Rynhard.

I was really impressed with the directing. Quentin Krog did a phenomenal job with his cast and the story. He spins drama and intrigue tightly together, and if you don’t know the original story you would never even begin to think what is actually going to happen. The directing also seems modern and fresh, and I loved how the scenes smoothly flowed into each other.

I’ve seen Armand Aucamp only in one other movie, Knysna, a movie that is quite the cause of the impression that all Afrikaans movies are horrifically bad. Aucamp did a fantastic job as the adult Rynhard – he kept the character’s personality traits from Edwin Van Der Walt’s junior version of Rynhard – that there is good in everybody and that you will find it eventually. Aucamp did a very good job and could turn on the intensity when needed. His character is less intense than the adult Jan-Paul (Jacques Bessenger). Also, Aucamp is absolutely gorgeous. 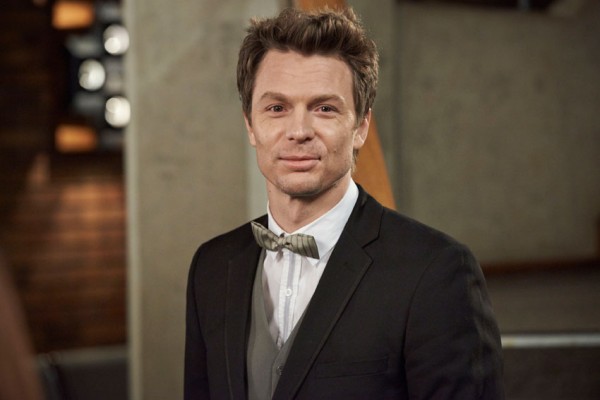 Then there is Jacques Bessenger. He always plays either the bad guy or the guy with ulterior motives, and I expect it from him when he appears in a show or movie. He did not disappoint, and his acting was the best I’ve ever seen (and his usual standard is a good one). I’ll go as far as to say that Bessenger is slightly better as Jan-Paul than Aucamp is as Rynhard – Jan-Paul’s desperation and worry for his best friend is evident from the start, and Bessenger’s performance is raw and brilliant.

Rolanda Marais and Christia Visser impressed me very much as the older and younger Lena. Lena’s first introduction onto screen had me thinking “yep, that girl is buckets full of trouble” and I was not wrong. Christia Visser is beautiful and charming as the teenage Lena, her artistic nature shining through in all her actions. Rolanda Marais does a haunting job as older Lena, a woman at the end of her optimism who has no clue how to fix everything that is crazy in her life.

The support cast contributed to the excellence of the film – Helene Lombard had such a strong impact with her portrayal of Jacques’ mom. I think the eeriest performance was by Zak Hendrikz. He was so creepy I will definitely walk wide circles around him if I find him on the street. Gosh I still have the chills.

Also, a 10/10 for Cindy Swanepoel as Mysi Moolman. She had me laughing non-stop and the things she said is nothing short of brilliant. Her inappropriate comments and behavior had me take notes!

I don’t really have faith in Donna-Lee Roberts. Her acting has always been questionable, especially in her long running stint in local TV soapie, 7de Laan. The extent of the success of the film can particularly be noted in her performance – her usual unconvincing acting was much better in here.

Ballade vir ‘n Enkeling had a haunting soundtrack that added impact to the story being told. It really carried the story through from beginning to end, and Die Heuwels Fantasties’ version of the original soundtrack was amazing.

The story itself is very solid. It is a trip down memory lane back to school days and those easy, amazing friendships that just happened. It is a stark reminder of the brutal punishment boys were subjected to back in old South-Africa. It provides insight into the changes that has happened in South-Africa and how people evolved. It is also a study of human nature and the impact childhood has on a person. As for the plot twists – I usually spot them quicker than I can spot plastic surgery on a Kardashian and MANY of the plot twists in here sneaked by me. I caught the big one literally seconds before it happened and had me gaping at the screen and having people in the cinema look at me like I was a bit psycho.

Ballade vir ‘n Enkeling is a shining achievement in South-Africa’s cinematic universe. The movie carries English subtitles that are well translated, which is a major plus if you don’t speak Afrikaans. The best description I’ve heard about this movie is this: “this movie stays by you, and when you think you’ve finally gotten over what you saw, it hits you all over again”. If that is not a recommendation for a movie, I don’t know what is.

The movie is being released in Australia and New-Zealand (a large number of South-African ex-pats live in those countries) so if you are there and in the mood for a really good foreign film, I suggest you try this!

PS: Lastly, SORRY for the pic heavy post! I just absolutely loved this film and is so proud that it is South-African!

PPS: Can anyone please tell me if they see the similarity between Ryan Reynolds and Edwin Van der Walt?! 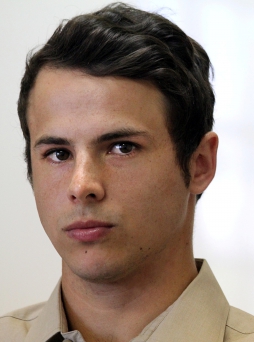