Plot: In the near future, Earth has been devastated by drought and famine, causing a scarcity in food and extreme changes in climate. When humanity is facing extinction, a mysterious rip in the space-time continuum is discovered, giving mankind the opportunity to widen its lifespan. A group of explorers must travel beyond our solar system in search of a planet that can sustain life. The crew of the Endurance are required to think bigger and go further than any human in history as they embark on an interstellar voyage into the unknown. Coop, the pilot of the Endurance, must decide between seeing his children again and the future of the human race.

Dr. Brand sets the somber tone for Interstellar with his rendition of Dylan Thomas’ famous words: “Do not go gentle into that good night; Old age should burn and rave at close of day. Rage, rage against the dying of the light.”The devastating wasteland that earth has become has had a profound effect of the human race – Earth has finally revolted against the never ending abuse it received and is slowly getting revenge – the human race is dying out.  NASA, nearly defunct, searches desperately for a planet that can sustain human life; as well as a way to get there alive. 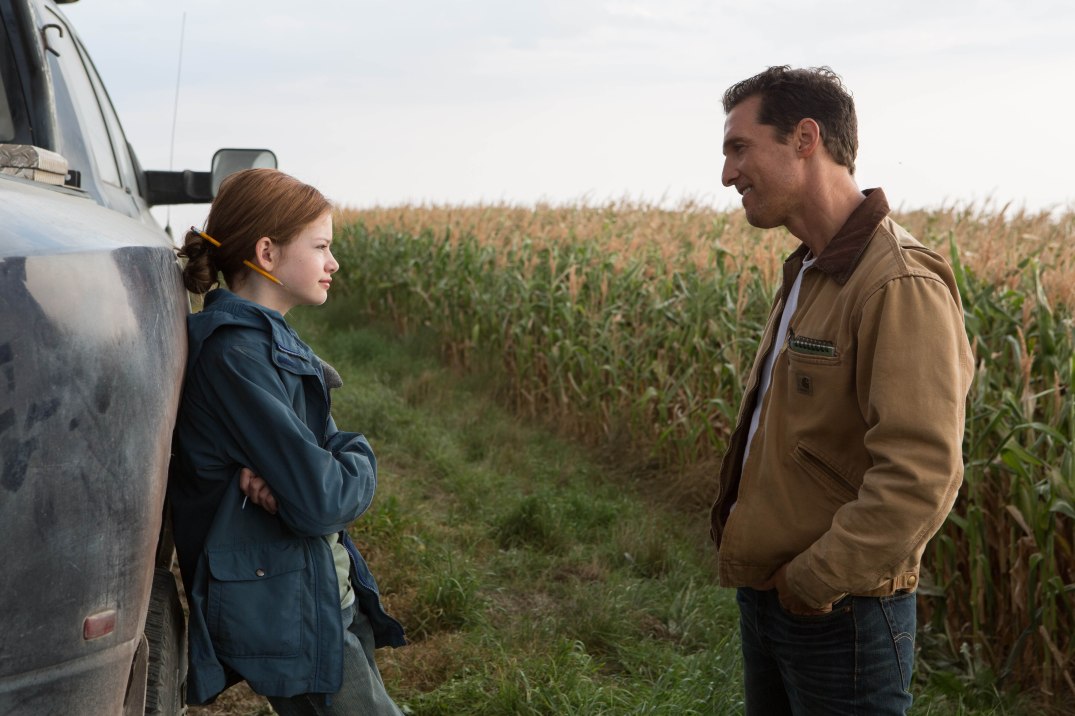 That is how Cooper, a retired astronaut, gets to go into space again. His daughter Murph never forgives him, even as time passes in its strange pattern and she grows older.

I expected to hate Interstellar. I actually hoped I would – nothing is more annoying than the hype big movies generate. Sure, it is great for their budget, but it is so conformist. I thought it would be fussily intellectual – which I hate – but it wasn’t. There were some big concepts but it didn’t go overhead. The concepts weren’t constantly being discussed on screen either, which helped move the story in understandable lines. Interstellar managed to march towards three hours without killing the storyline. It was needed to properly illustrate the story.

The graphics were amazing. Christopher Nolan and his team did a phenomenal job. The vast emptiness of space was beautiful and in stark contrast with the destructive zone Earth has become – there is a feeling that at least the human race didn’t destroy space yet. The wormhole – can I just say WOW? That doesn’t sum it up accurately but it was the only feeling I felt, awe. The water planet and then crazy Matt Damon’s planet, and I will get to him in a moment, was absolutely beautiful to behold.

The cast did a wonderful job. Matthew McConaughey as Cooper – his apathy with being on earth, his decision to leave, his role as an astronaut – it was wonderful.  I love his slow Texan drawl so much. It makes him sound lazy and hurried at the same time, and it worked for the character. I wasn’t jumping around when I saw Anne Hathaway, but it is a testament to the excellence of Interstellar that she didn’t annoy the living hell out of me. Both McKenzie Foy and Jessica Chastain as the young and older Murphy did great – the two meshed their actions well enough that they ended up looking as the same person. Murphy’s story was really sad; losing her mother and her father and then having to watch the years pass knowing he was out there and never getting to see him. I also enjoyed Timothee Chalamet and Casey Affleck as young and older Tom Cooper, although the character took a backseat compared to Murph’s story. 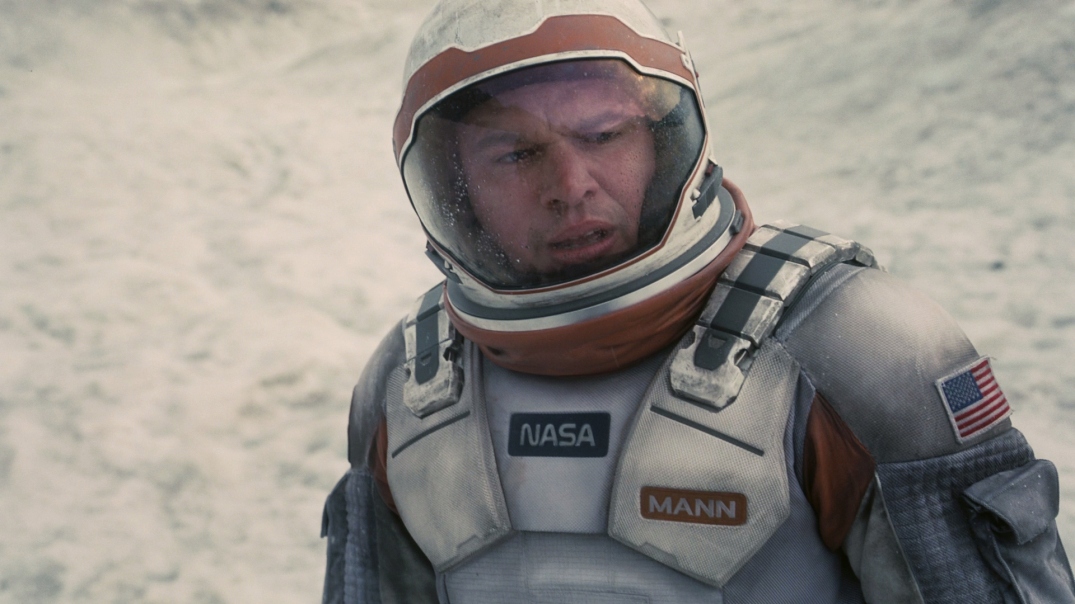 Now, let’s just focus for a few seconds on the MAD Matt Damon. I think he did a really good job in here, that his role was well done and that he was great in his part here – not a big one but an important one, showing the perils of being alone too long as well as being crazy. Why anyone would let him back into space (i.e. The Martian), I don’t know, but I’m worried.

Now, it has to be mentioned why I haven’t rated this movie at least a 9/10 – the quality certainly justifies it. I cannot for the life of me understand why LOVE had to be brought into a movie that is pure, wonderful science, and by one of the only TWO women in the movie. Anne Hathaway’s amazing Brand was totally killing it, and there she went, her choices being influenced by her silly little love story. It didn’t gel and deducted awesome points from the character and the storyline. It is a movie about SCIENCE. Done.Love is a human emotion and thus not quantifiable, idiots. If it was Anger, Jealousy and Hate would also be quantifiable.

Apart from that one slight, Interstellar was a jaw dropping, humbling experience. I will gladly watch it again – it seems like the type of movie where you will always notice something new. The great concepts, the wonderful score by Hans Zimmer, the graphics and the acting makes for a masterful movie that can now live with the greats.

PS: I will post two Blindspots in October, as I had no time to review one in September 🙂