Re-watching Supernatural is proving to be so much fun. Sam and Dean Winchester together are a prize package full of entertainment, and I am often unable to distinguish when it is time to go to bed while watching. Jensen Ackles and Jared Padalecki have the biggest bromance that comes across through the screen, and the chemistry between them is the biggest thing that makes the show work.

The monsters and storyline remain well written and thought out. There is an abundance of breathless moments, heart wrenching scenes (who can possibly remain untouched when Dean is struggling to deal with the possibility of Sam going to the dark side???) and gales of laughter as the brothers continue to bicker and prank each other. 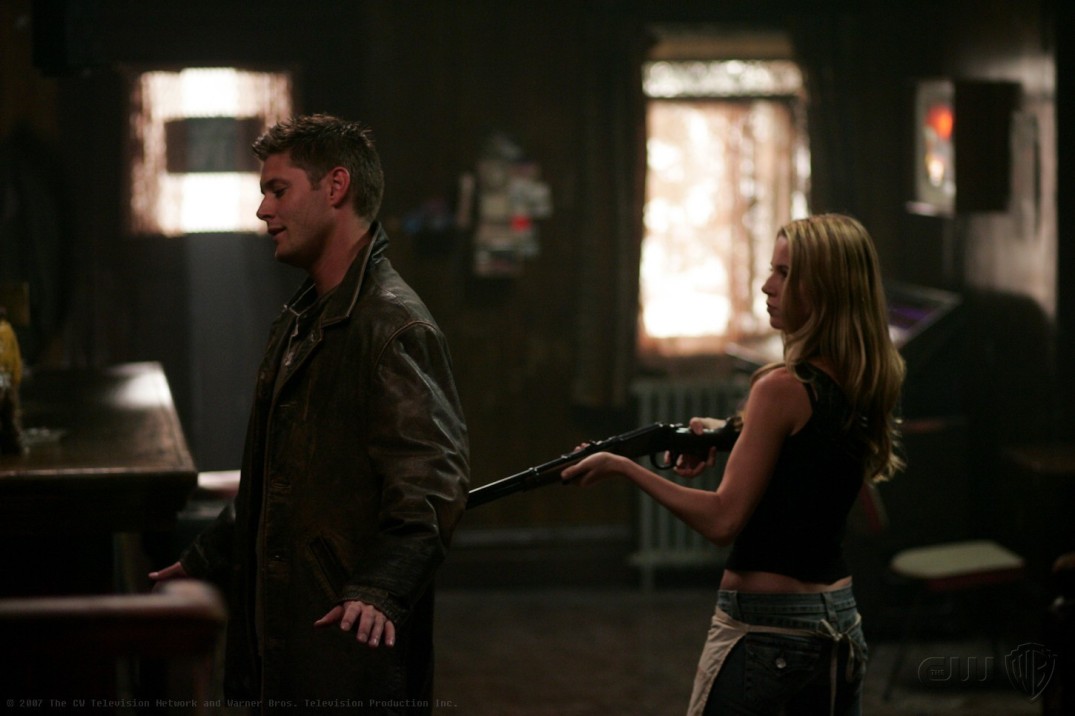 Season two has a recurring theme that introduces the theory that not all supernatural creatures are evil, and that Sam and Dean needs to be able to distinguish between the two. Dean’s insecurities and childhood trauma also plays a big role in here and shows you why he is so protective of his only remaining family member. Sam also has some character development and is able to still be likeable despite whining incessantly about his soul (I mean, seriously, get over it dude). I loved the inclusion of Henriksen, who is the purest form of a boss you can ever hope to meet – that conversation over the phone with Dean was epic! – Jo and Ellen, their MIT dropout redneck and Bobby. These semi-permanent characters and their return every few episodes shows that the boys have family even if they aren’t aware of it.

One of my favorite episodes is where Henriksen appears with a second shapeshifter incident, because despite being gross every time a shape shifter comes along, it is hilarious when Dean continues to unintentionally land under the scrutiny of the law so much. I’m really glad the actress that played Meg is out of the picture, because that was my only main irritant in Season 1. The JJ. Holmes episode is naturally freaky as fuck and extremely well thought out. Gosh, a ghost of a serial killer and him peering at them through their coffins… shudders.I also enjoyed the route 66 one again – I threw my tablet on my face the first time I watched it with that stupid ghost jumping through the window – but the episode highlighted again that all the supernatural beings aren’t bad.

I really enjoyed the season. It is great to see the show while it was still fresh and in its’ teething phase. I can’t wait to roll onto season 3 – if I remember correctly this is where Sam starts being really irritating, but the show is still really good. EEK!