Plot: Thomas is deposited in a community of boys after his memory is erased, soon learning they’re all trapped in a maze that will require him to join forces with fellow “runners” for a shot at escape. 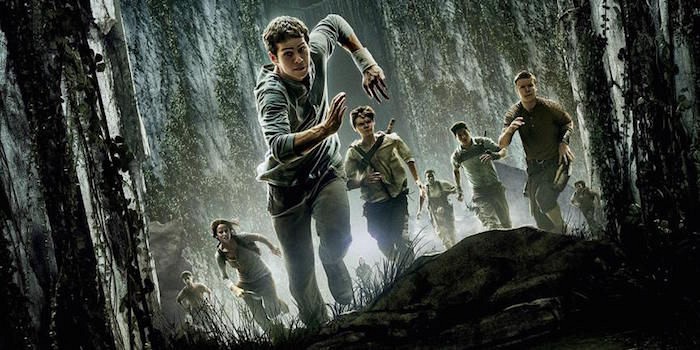 My younger sister nagged me to watch The Maze Runner, so recently on a day off I sat down with her and watched it. I didn’t really love it, but it was okay. The most lacking thing is definitely the storyline – I get that things are supposed to be a puzzle and mysterious, but come on, at least reveal things that would make your movie make sense. Dylan O’Brien is the main character. He’s totally adorable, and I liked him as this main although can we please just all get to a point where a 25 year old male is not cast as a teenage boy? I also liked Ki Hong Lee – his role wasn’t all that clear and I didn’t understand why he was running in the Maze, but I liked him. I really don’t get why Will Poulter is popping up everywhere. I have hated this actor since We’re the Millers, which everyone knows was the worst movie of 2013.Eugh. He was obviously destined to be a pain in the ass in The Maze Runner, and he achieved it quite well because he was a pain in the ass. There were also a lot of male leads and only one female. They are probably doing this for #PLOTREASONS but it was kinda stupid. Also, like I mentioned, the plot is shrouded in mystery. I’m guessing if you read the book it would make more sense, but it seems to be a movie about a maze and some Dystopian drama and feelings. It also felt rather Divergent-ish, but it seems to be the norm that Dystopian authors “borrow” ideas here and there.  So in the spirit of not moaning too much about this, I really enjoyed O’Brien and Thomas Brodie-Sangster. When they finally let us know why these kiddos were in a Maze, it was quite interesting. I liked the images of the desert stricken earth – it was so dystopic dystopian. I am planning to watch the second film, and then the third as soon as cutie pie recovers from his on-set injury. Definitely not as good as The Hunger Games, but luckily not as awful as the Divergent films.