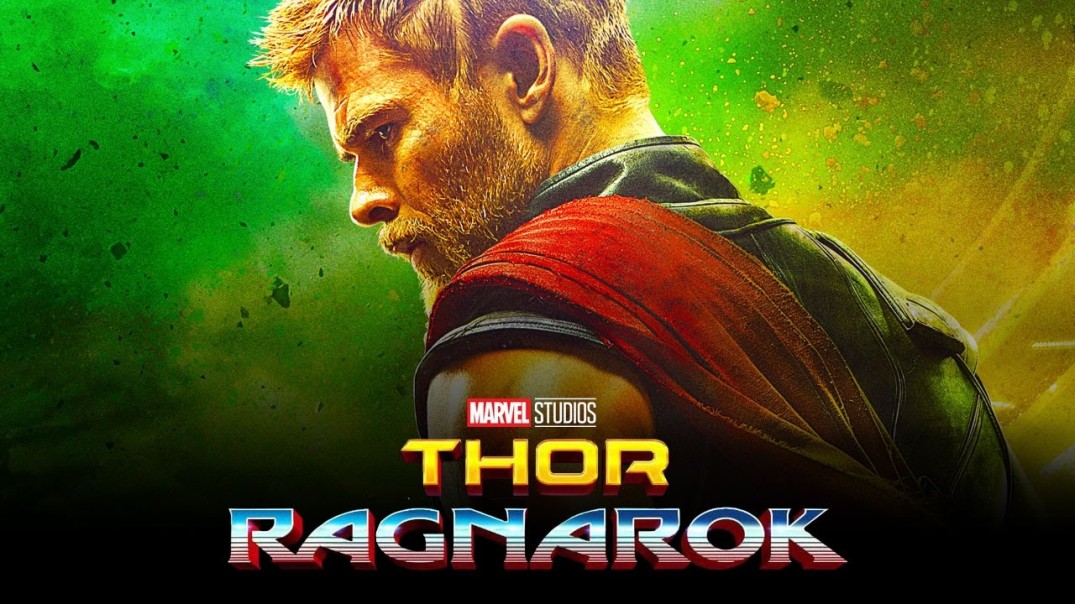 Plot: Imprisoned, the mighty Thor finds himself in a lethal gladiatorial contest against the Hulk, his former ally. Thor must fight for survival and race against time to prevent the all-powerful Hela from destroying his home and the Asgardian civilization.

How is it possible that it has been 5 years since The Avengers? It seems like only yesterday. At the time it was one of the coolest and most interesting action hero films I’ve ever seen, and created an avalanche of Marvel-watching for yours truly. And it was great for its’ time – Joss Whedon did a fantastic job, even though it was a large CGI feast and if you hadn’t watched previous MCU films, well, sorry for you because that story would have made no sense at all. Since then we’ve been exposed to the good and the bad of superheroes, often with directors resigning in protest against MCU’s heavy handed control. There has been unfortunate mishaps (in particular, The Dark World was really just crap), and Marvel started to have a tired, repetitive tone to all their films. It was all good to look at, but man, it was all the same. Marvel Studios and DC Comics recognized superhero fatigue was quickly starting to rear head, and Marvel took some preventive actions while DC realized they needed to make proper films. Dr. Strange of 2016 was a visual stimulation we had not yet beheld, Deadpool went R-rated with its graphical violence and strong language, Wonder Woman finally proved that female superheroes could work and that DC miraculously still had a smidgen of sense, and Guardians of the Galaxy was original, quirky and fun as hell.

Ragnarok is the best film in the Thor franchise, which up until now has been the seemingly poorer relative of the MCU. Directed by the uniquely talented and marvelously hilarious Taika Waititi, prepare yourself for Marvel as you’ve never seen it before. You now by the multiple reports on this director that he’s the director behind What We Do in The Shadows and Hunt For The Wilderpeople. The man himself is an eccentric gem, and his humor is as evident off-screen as it is on. His distinct directorial style reverberates throughout Ragnarok. He didn’t write the material for the film but the nature of the humor is a clear indication that he’s all over it. Ragnarok is hilarious – I have never laughed quite so hard at a superhero film before. I laughed and snorted and spit out some of my drink – nothing is too sacred or serious for Waititi to omit. Dangerous portals are “the devil’s anus” and weapons are called “melt sticks” in such a deadpan way that you simply expect Waititi to walk out and wave at you. He is there, and you will have to listen only to know, but I won’t give away his character – I laughed too much at him and would like people to find him on their own. He is also able to bring out the best in Hemsworth and in the character of Thor – Chris Hemsworth is at his finest while playing Thor as a big, lumbering hero who can be quite the meathead but also has a heart of gold. Loki (Tom Hiddleston) returns as the “is he or isn’t he?”baddie, and to be honest I sometimes detect a weariness in Loki’s eyes – he’s so clearly intellectually superior to Thor that his brother’s antics must get exhausting. Dr. Stephen Strange (Benedict Cumberbatch) makes a momentary appearance with his mindboggling magic tricks, and learn both brothers lessons in manners. It works, because unlike Civil War, this isn’t Avengers 2.1 – the entire MCU doesn’t pitch to join in on the fight. It is also more unique, less CGI extravaganza and a complete Thor movie, not a derivative movie that depends on the success of previously established MCU successes (Looking at you, Homecoming). 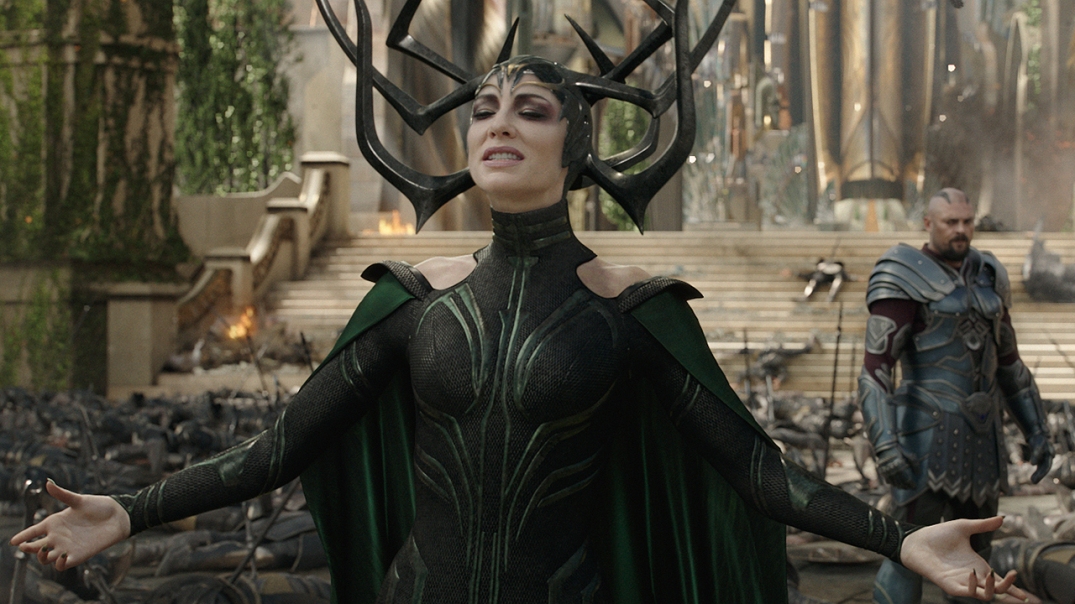 The scramble for Marvel to include women, brought on by their rival DC’s wonderful Wonder Woman, brings us two females of note – the villain Hela (fantastically devious performance from Cate Blanchett) and Valkyrie (Tessa Thompson). They are even on the poster. It is a positive turn of events, and I’ve seen complaints regarding Hela being one-sided, but I really thought her great and so refreshingly devious – like just mean and no worries about being so. Two times Oscar winner Cate Blanchett brings all her powers, and if one thing I wish they’d given her more time – she’s devious and crazy and cruel, and for the first female villain from Marvel, she’s absolutely wonderful. I’m all for conflicted villains, and Karl Urban’s Skurge certainly has inner conflict, but a pure, evil villain can be such fun, and watching Hela prove that Odin isn’t as squeaky clean as suggested was one glorious ride.  Valkyrie is a potential love interest, as Natalie Portman gets discarded with one single line (another flaw). I am quite pro a love interest that fights on her own and isn’t a damsel, so we will see how this goes.

The Revengers are endless amounts of fun. The movie reaches its conclusion without filler nonsense, the end is quite dramatic and heroic and Chris Hemsworth is as utterly gorgeous as always. Some of the humor is smart, some of it is blatant, and some excellently inappropriate. There is a buddy comedy vibe between Thor and The Hulk, which is endearing and hilarious. Be ready to adore Thor, The Hulk and even Loki – they are clearly having the time of their lives. The post credits scene is interesting and suggests something I thought would happen, and it can only mean great things.

Have you seen Ragnarok? Let me know your thoughts!