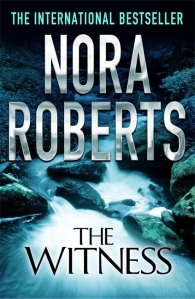 Elizabeth Fitches’ decision to defy her mother was a decision very overdue. Sixteen years old and already in university, her every move is dictated by her overbearing mother. What she eats, drinks, reads, watches and wears is either controlled by her mother or a dietician/expert.

When Elizabeth’s promised vacation gets shut down in favour of her spending time as a student at a hospital, she finally puts her foot down. She tries to argue her point, but her mother ignores her and leaves for a conference. In retaliation, Elizabeth heads to the mall, makes a friend for the first time in her life, and dyes her head black. She forges IDs for herself and her new friend, and they head to a club. The club is owned by the Volkov family, who is the Russian mafia. She meets Iyla Volkov, and shares her first kiss with a Russian mobster.  Her first night of freedom turns to horror when she witnesses two murders, including her friend, and is shocked when Iyla only displays irritation that the murder hadn’t happened another night. She miraculously escapes the house, and the police picks her up. She goes into witness protection, but once again escapes death narrowly when the house she hides in is blown to pieces by two corrupt Marshals.

Twelve years later, Elizabeth is Abigail Lowery. She lives in Ozarks, in Arkansas. She works as a freelance programmer and is a designer of security software, owning her own business. She is exceptionally intelligent, but her only permanent company is her guard dog Bert. She meets Ozarks Police Chief Brooks Gleason, and her rusty social skills aren’t enough to put him off. Brooks, a previous detective, is fascinated with Abigail. His detective skills tell him that she is hiding something, but that is also obvious by the state of the art security and supervision in her house, as well as her antagonistic nature.  As much as he searches, Abigail has made sure that her previous life isn’t traceable to her current one.

Brooks and his mother slowly starts to befriend Abigail, who is still a bit strange, but not rude when you get to know her. Brooks and Abigail falls in love, and when she confides in him, he helps her make the decision to claim her identity and find justice for all those the Volkov’s had purposely, and accidentally, murdered.

Will Abigail be able to stay safe once Iyla and his family realize her intentions? And how will she hide herself once they know how she looks?

I cannot describe to you accurately how much I enjoyed this book. It definitely falls into my favorite box. The Witness is the 200th published book by Nora Roberts, and it only serves as evidence why she is such a widely published author.

What made this book so fascinating is that you get to see Elizabeth as a teen, so desperately lonely and confused despite her brilliance. You completely support her in her rebellion, you are a little thrilled that she finds a bad boy so easily, and then you are utterly shocked by the events that transpire.

Elizabeth/Abigail may just be my favorite Nora Roberts character of all time. She is insanely smart and the ultimate survivor, and just unbelievably stealthy and no nonsense.

I enjoyed Brooks Gleason. He is amicable and intelligent and enough of a protector to keep her feeling secure.

If I had any problems with the book, it might have been the ending. I was surprised at how little fuss there was with how the book ended – I expected a lot more drama.

This is obviously, a fantastic must read.