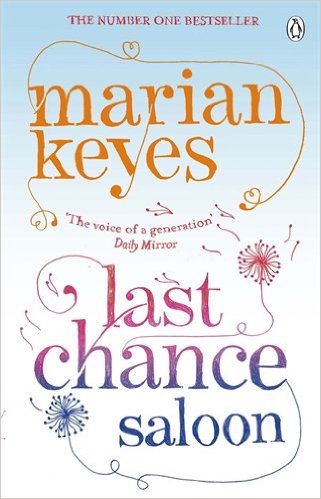 Ever since legwarmers were cool, best friends Tara, Katherine, and Fintan have survived small-town ennui, big-city heartbreak, and endless giddy nights out on the town. But now that they’ve graduated to their slightly more serious thirties, only Fintan has what can honestly be called a “love life.” With Tara struggling daily with her eternal diet—and her dreadful, penny-pinching boyfriend—and Katherine keeping her single existence as organized as her drawer full of matching bra and panty sets, it seems they’ll never locate the exit door out of the “last chance saloon.”

But it’s always when you are least ready for change that fate insists on one. And when catastrophe inevitably follows crisis, the lives of three best friends are sure to change in unexpected ways … and not necessarily for the worse.

One of the biggest things that deter people I know from finishing a Marian Keyes novel is that she differs so wildly in writing styles, plots and execution throughout her novels. It is actually something I enjoy but I do agree that it makes her unpredictable.

It was sometimes a frustrating read and slow at certain places, I wanted to murder some of the characters at a few points in time and I wished viciously, as I often do in life, that they could just eat some cement and harden the hell up.

The main theme around Last Chance Salloon is death. One of the main characters is diagnosed with cancer, and requests that his two oldest friends, Katherine and Tara, take chances – Katherine should get a boyfriend and Tara should dump her stupid, cruel and deadbeat boyfriend.

Let’s start with Tara here – I hated her. There are a few people in life that I can’t can’t can’t tolerate, and she managed to be all of them: Obsessed with what she’s eating, constantly, her weight, all her insecurities badly managed and her desperate obsession with ALWAYS being in a relationship (I could write for decades about how that particular character trait irritates me in people). I’m glad she finds her way in the end, but she will never be my favourite character.

I think my hate for Tara was probably fuelled by my tolerance for Katherine. I appreciated her stance that she didn’t need a relationship, and I loved how her relationship developed with Joe – he was the alpha male that Keyes pens very well, and we all want a boyfriend like that. Despite being the alpha male, he was way more sweet and tolerant of Katherine’s bullshit than she deserved.

Fintan, the other main protagonist, doesn’t get his own sections of the book, and that was fine with me. It is always risky jumping between characters when telling it from a first person perspective, and yet another layer wouldn’t have worked. He was the catalyst in the book, forcing Tara and Katherine to face their own bullshit. His decent into cancer was accurate enough to tell me that Keyes has probably seen someone in her life suffer from cancer – it was way too accurate to not be real.

It took me ages to actively commit to reading this book, but when I finally did it was rewarding. It is typically Marian Keyes – she doesn’t skirt around the most basic human emotions and deal with them head on. I really enjoyed it, probably won’t read it again, but it was fun and entertaining. 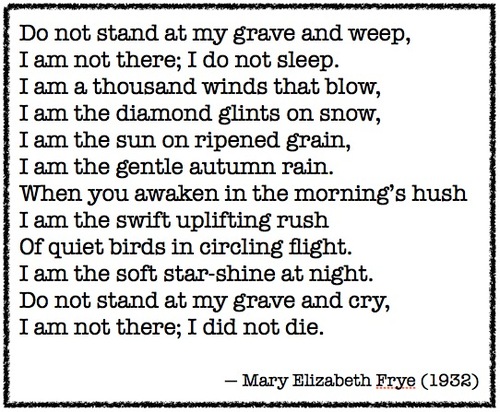 It is a universally accepted truth that no parent should ever bury their child.

But what is really never discussed is how painful it is for a child to bury their parent.

My father Jan Hendrik Stander passed away on the 19th of September 2015.

He had a short battle with liver cancer.

He was first hospitalized in May 2015.

Cancer is not kind. It is not romantic and it isn’t what they make in the movies.

There is nothing beautiful about it.

I saw a strong, funny, hyper intelligent man turn into a deathly pale invalid that could not move himself.

Cancer reveals what love is.

But it isn’t this pretty thing that people think.

It’s a painful, maddening love that makes you weep hysterically.

It makes you shake your fist angrily at whatever deity might be listening.

Cancer makes you question religion. I think it is impossible to blindly trust God at times like this.

But cancer makes you also realize what is important – family and a handful of friends.

My father was a wonderful man – he had a sarcastic sense of humor, and he could be so negative that I could sometimes only laugh. He was incredibly well read and intelligent, he was kind to car guards and to waiters, he had faith that he based on facts and not because he was told to believe.

It is unreal that he is gone – how can life just be wiped away so completely?

I will miss him forever. He was one of the best men I will ever know, and the void in my life feels huge. I know the sadness will fade and that life will move on, but he will always be my father and I will love him to the end of days.