Plot:Former cop Brian O’Conner is called upon to bust a dangerous criminal and he recruits the help of a former childhood friend and street racer who has a chance to redeem himself.

Okay, wow. 2 Fast 2 Furious is bad. Like, Shitfest bad, Pappy. Of the original cast, only Paul Walker returns for this one, and it was probably the biggest mistake the franchise ever made – not that including Walker was a terrible idea, it was a good one, but completely removing the other cast members? Disastrous.

It took me three tries to sit through this movie. It seemed like the biggest waste of time the second I got to unconvincing facial expressions and a story that doesn’t fit in with the entire damn franchise. To be honest, neither the cars nor the racing impressed me much in here. The tile offends my grammar, the outfits offends my sense of aesthetics, the plot line does not appeal to my good sense and bloody hell, can someone not have given a few acting lessons?

However, I forced myself to just get it done because I really want to watch everything in the franchise. It didn’t improve in my estimation throughout though. It is as bad in the end as it is in the beginning. 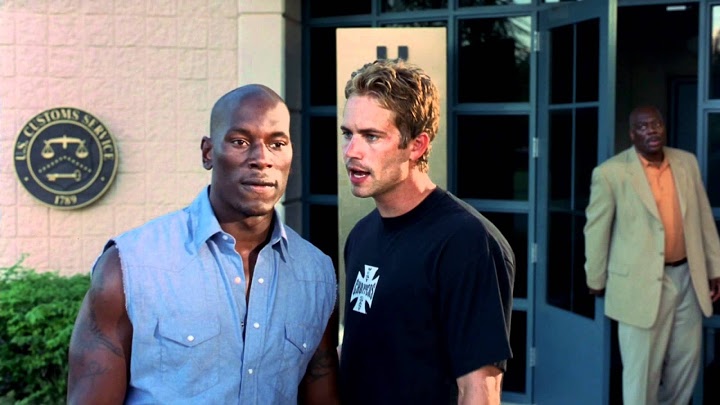 The acting is painful to watch. Walker is at his worst, Tyrese Gibson is about as convincing as a satsuma pretending to be a carrot – terrible comparison, I know! Devon Aoki as Suki has one important role and that is to be the stupid, prototype Asian girlfriend (and how obsessed is this franchise with Asians?!). Mark Boone Jnr, most notably the scary Bobby in Sons of Anarchy, has a teensy role where he appears wimpy and contributes nothing to the story. 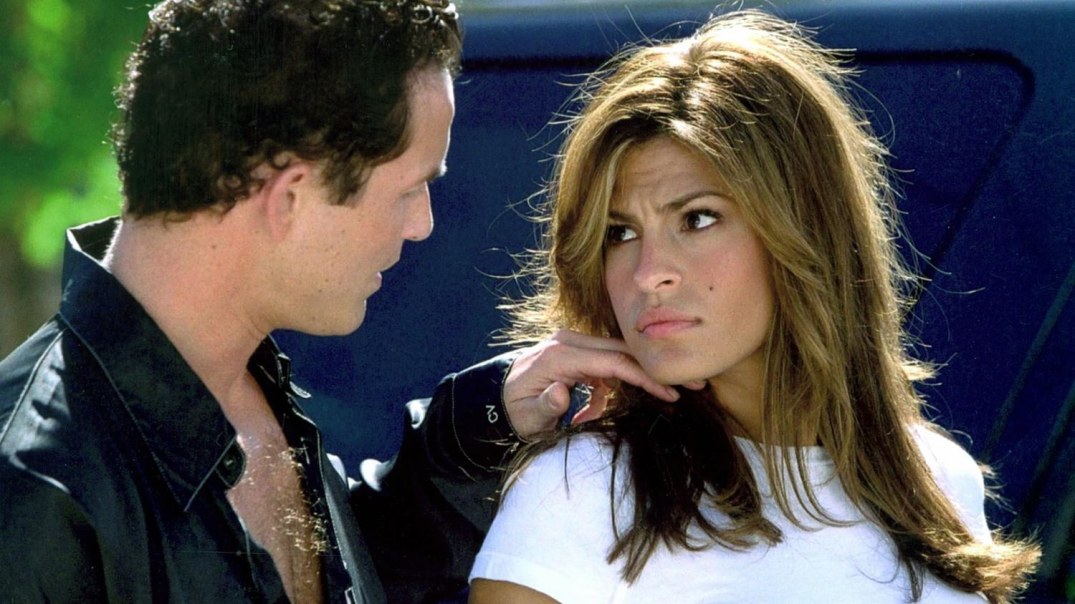 The best part of this is Eva Mendes. She’s the only one vaguely capable of saying her lines without looking really stupid about it. However, she’s an FBI agent who waits on an ex-cop to save her ass, and that was really hard to get over.

So much lameness and cheese ensues. I honestly don’t know what these guys were doing. It was ridiculous. I was not really sure most of the time what was happening, who were the villains, why on earth the story was in the franchise and what the hell Paul Walker was wearing? I’ll call them acceleration scenes for a lack of a better name, but they looked so improbable and fake. And seriously, showing the speedometer clocking 100km/hour? THAT’S NOT EVEN SPEEDING.

I hope the remaining two before I hit the films I know are good is better – this is horrible, and I think we all deserve better in life.

PS: I thought I would have an aneurism the six hundred and eighty eight time Brian O’Connor said “bro” and tried to walk like a gangster.

For today’s MM post we have my favorite Pappy reviewing Ghost Rider for us!! Thank you for taking the time to do this Pappy! I especially love the art drawing!!

The other day I was sitting in my office, minding my own business, contemplating the season and all of that shit when Natasha busted into my room like she owned the place, stood on my guest chair and slapped me on the head. “Work harder!! Work faster!!” she screamed and ran out of the room, slamming the door. Puzzled and confused,  I gave some thought to the abuse I had just taken and remembered that I owed her a piece on the terrible movie GHOST RIDER that I volunteered for.

The first thing that comes to mind about this piece of shit is that it holds the label of “the only movie I have ever watched on a pirate website” back in 2007. My friend had just moved back to town and we would spend many weekend nights smoking weed and drinking tequila and watching shitty movies. One night he came over and had a login to some site I can’t remember and we watched this on the computer. It was absolutely miserable footage from the movie theater. People were eating and slurping drinks and people kept getting up and walking through the rows… it was totally stupid and I never felt like trying it again.

Anyway, I got this on DVD from Netflix a week or so ago and gave it a watch and it was still terrible and stupid and shitty and I totally hated it. The second thing that comes to mind about this putrescence is “what the fuck is Peter Fonda doing in this shit”?????

The third thing I think of is “what the fuck is Eva Mendes doing in this shit??” I don’t even think she knows….

The fourth thing about this is “what the fuck is this fucking shit?????” 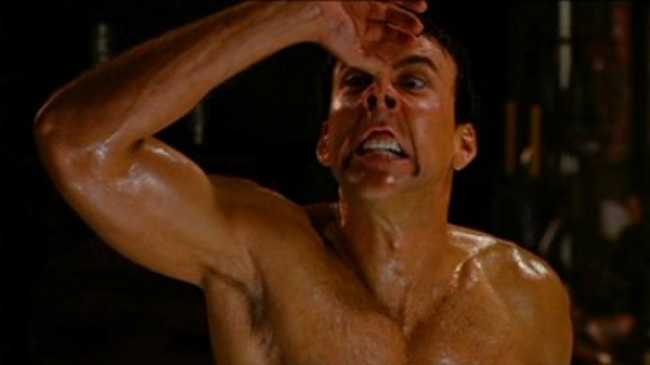 Nic Cage plays a motorcycle stunt driver who sold his soul to the devil when he was a kid to save his dad’s life (who dies the next day). Some odd years later the devil comes back and makes him go look for Wes Bentley. Along the way he destroys water and dirt and there’s a cowboy Ghost Rider and Rebel Wilson is in it and he gives the cops the finger and I’m surprised he didn’t take down his pants and moon everyone. In fact, how about this graphic?

HAHAHAHA That drawing will make you millions, Kidney!!!

Back to the movie – HMMMMMM this movie sucked it. I think this best sums it up: 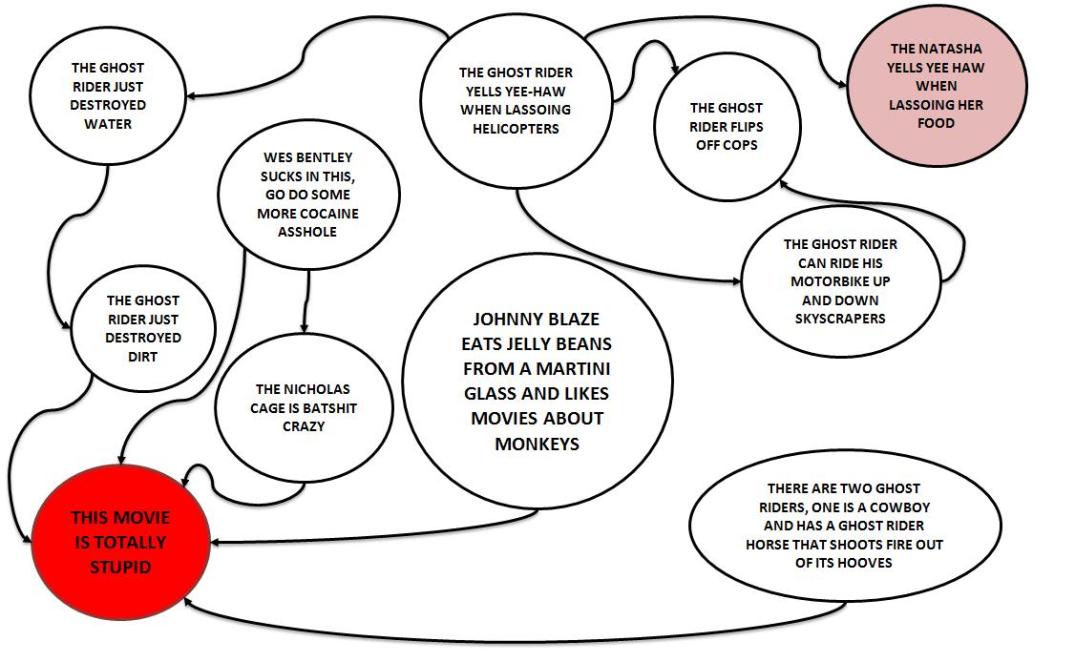 Anyway – I can’t really think of any good reason to recommend this movie unless you’re a HUGE Cage fan – he hams it up pretty good. In any case, YAY!! I got my assignment done!!! WOO HOOO!!! Look how happy my secretary is!!!