As for today’s quote: The famed letter that Mr. Darcy writes to Elizabeth were he explains himself is beautiful across all the adaptions.The entirety of this letter is explanatory and heart breaking, but I am particularly fond of this paragraph:

Of all weapons in the world, I now know love to be the most dangerous. For I have suffered a mortal wound. When did I fall so deeply under your spell, Miss Bennet? I cannot fix the hour or the spot or the look or the words which lay the foundation. I was in the middle before I knew I began. But a proud fool I was. I have faced the harsh truth: that I can never hope to win your love in this life. – Mr. Darcy, Pride and Prejudice and Zombies

Here’s my review if you haven’t seen it yet! 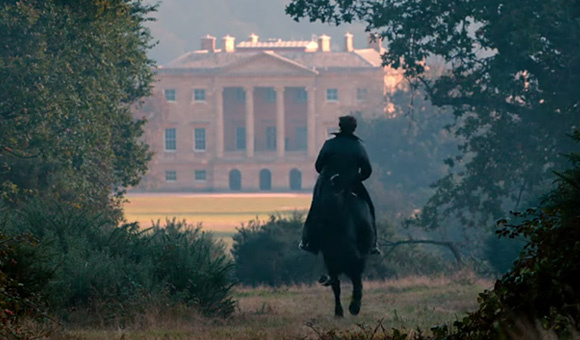 Plot: Five sisters in 19th century England must cope with the pressures to marry while protecting themselves from a growing population of zombies

Okay, now that that is out of the way, let me tell you, this film was tailor made for me. I am 1) a huge fan of the original work despite having to fully read the book 2) detailing on that means that I’ve seen the 2005 movie with Keira Knightley and Matthew McFayden and I consider myself an expert 3) I’ve read the book about halfway but olden English can be challenging and I’m just an Afrikaans Girl in an English world – which should be a song or at least a blogpost 4) I’ll stop sounding deranged now and actually review this.

This movie is really Pride and Prejudice but with Zombies. Exactly. It is based on the successful adaption / parody by Seth Graham-Smith, and if the book is like the movie, I am so on board with reading it (a little flip from how I usually approach things). I’m a little sad that this film didn’t do great in cinema because it is so much fun.

I thought Lily James made the perfect Elizabeth Bennet. Ms. Bennet has always been the original feminist, and adding some ass kicking skills to her resume only made her seem more so. Excluding Mr. Darcy, the females in the film does the majority of zombie slashing and there is an underlying humor that suggests that the men are a bit more afraid than the ladies of zombies. Lily was as sassy and as proper as Jane requires of a character, and had undeniable chemistry with Sam Riley – a crucial element in making the relationship dynamic between Mr. Darcy and Elizabeth work out.

Initially I was a bit concerned with Mr. Darcy being portrayed by Sam Riley. It is a really difficult thing to pull off – being a bit of a prick while still being able to be compelling and attractive. Sam Riley has a really weird voice – it took a while to get used to. However, he was able to portray the character with conviction and before long I was so on board with him. He was tormented and unamused and serious and it was so hot man. The chemistry between Lily James and Sam Riley is kind of through the roof. It was really hot in a dignified way.

As for the rest of the cast, you will see some Charles Dance and Lena Headley, Matt Smith and Douglas Booth (notably). There were some new names that I haven’t seen on screen before, like Bella Heathcote that did a really good job with Jane Bennet, a tricky role because the character needs to be beautiful and shy without being a pain in the ass. Jack Huston played Mr. Wickham. I’m starting to recognize Huston more and more on screen and he seems to be a fine actor that is going somewhere. He has a specific period look that suited the film well, and was sufficiently slimy in his portrayal of Mr. Wickham. Lena Headley was way underused – the woman has a comedic ability that is suppressed in Game of Thrones. I am always a huge fan of any person that emits sarcasm through every pore in their body and Headley manages that with aplomb.

The pace of the film is good, it is neither too long nor too short. I was ready to riot a few minutes before the end – watch it to see why – and I was spared this use of energy a few moments later when I was really happy with the end.

I really never knew that I needed a version of Pride vs. Prejudice with zombies, but let me tell you, my life is so much better for it now!