Plot: A man in a legal but hurtful business needs an escort for some social events, and hires a beautiful prostitute he meets… only to fall in love.

I’m finally catching up with some romantic comedies from the 80’s and 90’s that I feel is a crying shame I haven’t got to yet – and it is totally worth it! I absolutely loved Clueless when I first copped on that it is an adaption of Emma. Heathers was so dark and disdainful, and I thought it worked well for the film. When Harry Met Sally quickly lined up to be one of my favorite romantic comedies ever.

Pretty Woman now joined When Harry Met Hally. I loved this film quite a lot and was so depressed when it finished because I wanted more of Richard Gere’s 90’s suit and mannitude and more of the gorgeous Julia Roberts being hilarious, sweet, convincing and authentic.

Pretty Woman is a film that would get trashed if it was released today. People are way too sensitive about suddenly not offending anyone, and this film about a prostitute and a businessman would not have gone down right – and that is society’s loss.

I enjoyed the clothes – just look at these office shorts Roberts is wearing, as well as numerous padded shoulder pieces. Gere is rarely out of a suit, but I won’t complain anytime soon, he looked so male and in charge (cue: delicious). The best outfit was naturally the night they went to the opera – breath taken away. I wish everyone can have a night like that.

Jason Alexander as Philip Stuckey was very disgusting and convincing. He was such a cutthroat lawyer and out to always win, and jealous of Edward Lewis who had excellent business skills and enviable charm. He suited the tone perfectly proving that although Edward was decent and a gentleman, few of his friends would be like that once they found out Vivian’s occupation.

Hector Elizondo returns as the man who facilitates makeover, and I love him in that role. If you’ve ever seen The Princess Diaries, there is no way that you are not loving this man help young women (which sounds decidedly creepy!).

Pretty Woman is sweet and flows well. There is humor, and Julia Roberts has a surprising amount of comedic ability when she turns it on. I thought she really did an excellent job as Vivian – a bit tarty, but capable, kind and still being able to carry herself around with dignity even with what she does. The film is really sweet in places, and Roberts seems to genuinely enjoy herself and it shows. If you are like me and have never seen this, I suggest that you do because it is great! 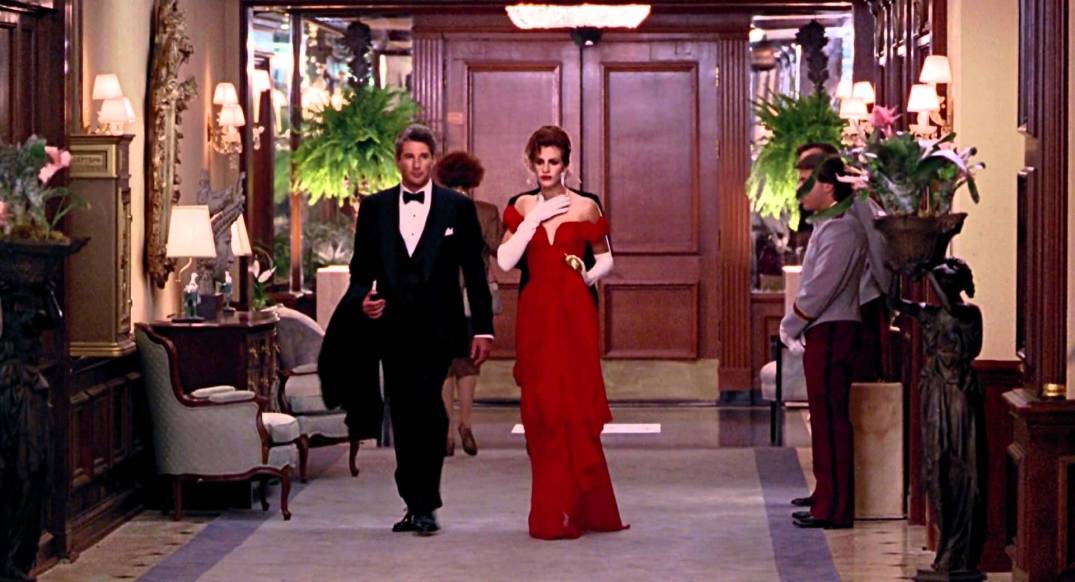