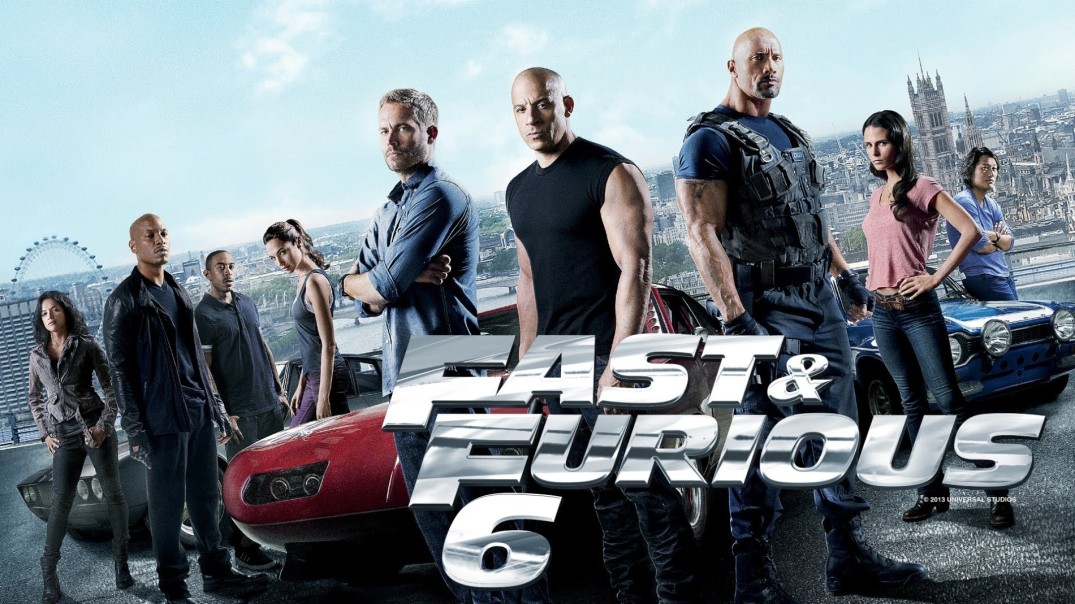 Plot: Hobbs has Dominic and Brian reassemble their crew to take down a team of mercenaries: Dominic unexpectedly gets convoluted also facing his presumed deceased girlfriend, Letty.

This movie is so big for a lot of reasons. The end finally ties in with where Tokyo drift finishes, and the sad death of our beloved Han. It is also where we say bye to beautiful Gisele who dies to (ironically) save Han’s life. It is such a useless way to go, but she couldn’t have known her boyfriend would die only months later. It is also the movie that reintroduces Lettie, which probably needed to be done. The relationship between Elena and Dom felt just way too forced, like something the writers wanted but no one really thought it through. I did find it funny how nice Elena and Lettie were to each other in the end. If Vin was my honey and his dead girlfriend pitched, man, I would not have been that smiley. I thought that Brian and Mia’s baby was expected and has been a long time coming, but I also once again had to laugh at how she basically chased him away because “family needs help”. Agent Luke Hobbs is also back in the picture, and I still think The Rock was a great addition to the cast. Luke is starting to see more of who Dominic is, and realizes that this particular criminal is quite decent under it all. (I think, and it may be too touchy feely for this franchise, that Hobbs is starting to question what he has always believed in). The best scene in the entire film has to be the square off fight between Hobbs, Toretto, (Luke Evans) and his sidekick, played by Kim Kold. The way everyone automatically aims for the guy with the same body type makes me laugh without fail. Luke Evans is probably the best villain yet. Evans does everything with a quiet, dedicated intensity that makes any role he takes on a success. Could they have fleshed out his motives more? Definitely, but this series isn’t interested in doing that. I also thought it was a generally good idea to tie the villain to the villain in 4, which made Lettie’s sudden reappearance more believable. The cars and races are as impressive as always, and grounding that plane so dramatically is as completely possible as that vault scene in 5, if ya know what I mean. I also love how Hobbs is suddenly also capable of racing muscle cars. The man’s talents knows no bounds. It was very cheesy in the end when Hobbs and Toretto finally acknowledged each others’ worth, but I loved it. There is a lot of other things I’ve come to expect and enjoy – Roman Pearce’s makes the worst jokes ever as usual, Han being all calm and collected, Ludacris being his cool self. The crew in this franchise has always been its’ strongest point, and as always brings the feeling of family across. I’m a little bit apprehensive to move on to the 7th film, because I have no idea how they addressed Paul Walker’s death in there.