Plot: Two years after the first series of murders, a new psychopath dons the Ghostface costume and a new string of killings begins.

Sydney has miraculously survived the killings in Woodsboro and is now in college. She’s still close friends with Randy Meeks (Jamie Kennedy) and in contact with Deputy Dewy (David Arquette). Dewy is as sassy as always, and has his comebacks lined up when he sees the formidable and career driven Gale Weathers (Courtney Cox). Cotton Weary (Liev Schreiber) might not be a serial killer, and he might not have killed Sydney’s mom, but he’s far from the nice guy and still desperately seeks his fame. Sydney is dating Derek (Jerry O’Connel) – a pretty sweet and smart guy, but can she really trust him after her previous boyfriend turned out to be a murderous sociopath? I naturally suspected the crap out of him, and was sad when he turned out to be innocent AND dead. 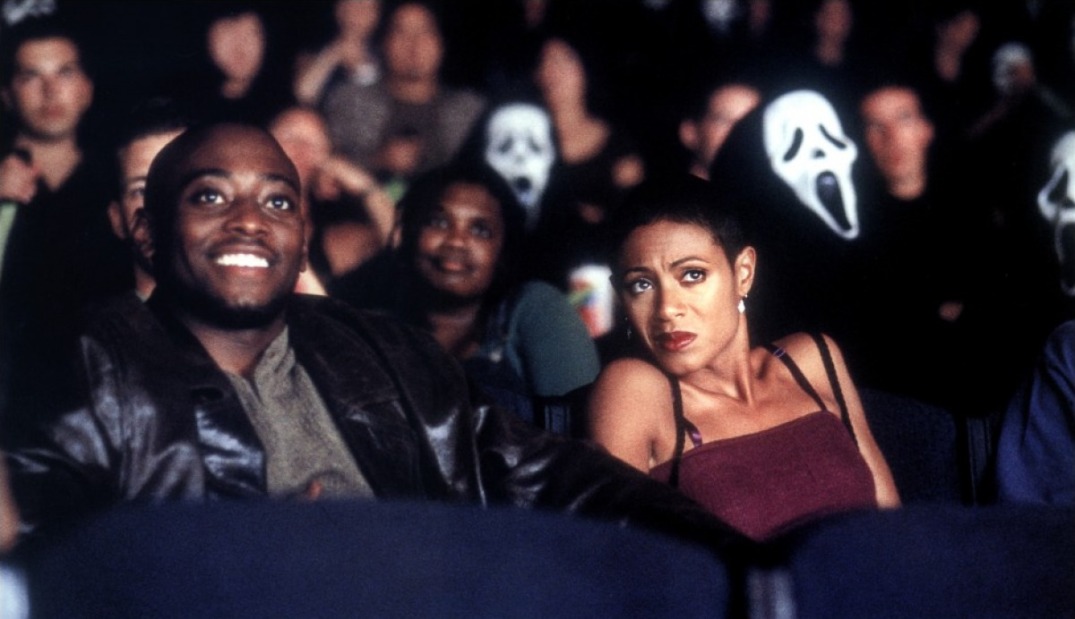 The opening scene isn’t close to as wrenching as in the first Scream, but still good. You have to love the 90’s fashion though. Jada Pinkett (I think this was before she was Smith) is all sassy and then gets stabbed to death. O well.

I do like that the films are consistent – the characters are the same and they are written in the same way. The tone remains witty and funny with some gems delivered from Dewy.

Can I just mention again how much I love how loose footed these killers are? They are falling all over the place and it is hilarious. They can be punched and aren’t superhuman. I just love how Sydney punches the shit out of people. You go girl!

Scream 2 was pretty close to as good as the first film for me. The third one lacked compared to these, which is really sad, but the first two? Absolute gems.

Plot: The true story of how the Boston Globe uncovered the massive scandal of child molestation and cover-up within the local Catholic Archdiocese, shaking the entire Catholic Church to its core.

I was so in the mood to watch this at one point, and it paid off. Spotlight deserved its nomination and victory in the Best Picture category at the Oscars. It is combined as a solid film with packed performances and a thrilling plot. Liev Schreiber was particularly good – I’ve always considered him an accomplished actor, but this is some of his finest work. I was initially convinced that this man had to have had a motive – he was so clear on where he was heading to reveal how underhanded and terrible the Catholic Church was with dealing with the rampant child molestation in the Church. He also immediately requested that the project be started as soon as he walked in. However, truth was his only motive – he wanted the story out there. No secret vendettas or dramas, just the truth.

It is quite amusing how desperate they were to have Rachel McAdams appear ordinary. You can’t hide that level of beauty. She is an actress that can convey so much with her eyes. Her sympathy and anger and compassion towards the victims came through without her touching the people she was interviewing at the most once. I loved her role;she was equal to her male colleagues and treated as such.

Mark Ruffalo gives another outstanding performance, but I’ve come to accept and expect that from him. He’s quite the celebrated actor, but I feel he deserves more accolades – I can’t really name one movie where I thought he did a bad job.

Michael Keaton delivers another important and noteworthy performance. He’s in a class of his own, and I must say, even though he’s quite old now there is a virility and energy to him that remains appealing after all this time.

I can actually list the entire cast here – it is outstanding work and I cannot praise that enough. It made the movie so much better.

As for the storyline – it is harrowing and even more disturbing when you acknowledge that this is the truth. I was raised Catholic as a child and although we left when the clergy couldn’t answer religious questions from my father properly, it is still upsetting to think that at least a percentage of these priests are child molesters. Spotlight isn’t even the brainchild of some gifted writer; it is based on true events. The Catholic Church is one of the most controversial bodies that have ever existed. I loved that line from sasf that the Catholic Church thinks in centuries. I see that the Catholic Church had some issues with the depiction but it is obvious that they would have done so however the movie turned out. I personally thought it was a clear minded approach to the horrors that these children had suffered under the hands of those who were meant to protect them. The movie could have gone on a witch hunt against the Catholics and it didn’t a great achievement by the script writers and directors.

I liked the anger these journalists developed. Professionalism only goes that far and if they continued through without getting angry or upset it would have been too cold. Mark Ruffalo’s outburst was raw and powerful and completely justified.

Spotlight is a slow burn – don’t expect quick bursts of drama with this one. It is intelligent and thought provoking. It will make you feel outraged and sickened. I think it does exactly what it is supposed to do. I enjoyed it, not in a happy way but in a understanding more of the sick human race way, and would recommend that you give it a try. Definitely worth the watch.

Plot: Four waves of increasingly deadly alien attacks have left most of Earth decimated. Cassie is on the run, desperately trying to save her younger brother.

I’m really still quite surprised dystopian / YA is making it on to the big screen. During the vampire craze the only vampires that really made it onscreen was the bunch from Twilight. I guess that speaks as highly for the content of the YA adoptions as it does of its fans. It’s been shaky at times but that was clearly either because the movie was done so badly (like Vampire Academy, but since that has become my guilty pleasure I won’t say too much), or the fans couldn’t really care very much (Beautiful Creatures, which I won’t watch, because I hated the book)

Rotten Tomatoes and IMDb has been really mean to this movie. It has extremely low ratings on both and I can’t understand why after seeing it. It has a few predictable plot twists and feels like it stole some ideas from other franchises, but it is generally a good film and I found a number of things to enjoy about it.

Chloë Grace Moretz plays lead female character Cassie Sullivan – a teenage girl thrust into the apocalypse when her biggest problem the previous day was catching the attention of Ben Parish (Nick Robinson), high school jock and general cutie. You are treated to a series of flashbacks that aim to tell you what happened to earth, who the extraterrestrial force might be, and what the 5th Wave will be – the last in a series of waves that will succeed in wiping out humanity.

The flashbacks does its job, but as with all Dystopian works it can’t possibly hope to cover enough to even make sense. It is not terrible offensive though, because you end up understanding what’s important and rooting for your main characters.

“I am young innocent child and you must protect me!” – every YA child, EVER

The 5th Wave has what it needs – the young and vulnerable character that needs to be protected – Sammy Sullivan, played by Zachary Arthur (at least they didn’t choose Art Parkinson AGAIN), the loving parental figures that will ten-to-one be meeting their maker, the stern military figure who you can never be sure to trust or not, played by Liev Schreiber and even the sad love triangle (though not annoying in the first installment, but definitely going to escalate moving forwards).

The Aliens inside a human tricking you into trusting them is really the Host style. It also has some links to the Hunger Games and many other dystopian novels, but the story isn’t bad and even vaguely interesting. It does seem a bit lazy from the authors to constantly choose glob-aliens – give them tentacles or something but make it more interesting.

I did enjoy the cast though. Chloë Grace Moretz is always a win according to me, since she’s eternally loved as our Kick-Ass heroine. I am not overly fond of children in movies, but Zachary Arthur didn’t annoy me too much and that is always a compliment. I also thought that Nick Robinson was quite good, and genuinely looked like a teenager – they get so preposterous with casting grown men as teenage boys sometimes. I did enjoy Liev Schreiber, who plays the cold military man very well. Evan Walker, played by Alex Roe, was well… well. Let’s just say I really enjoyed every scene he was in. Goodness. It is also pretty great seeing Maika Monroe in here and thoroughly unrecognizable to boot. Let me know if you spotted her! 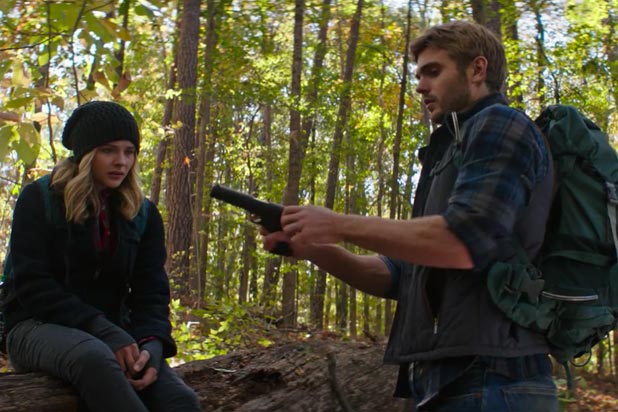 The 5th Wave won’t be the greatest film of 2016 or the greatest dystopian adaption (which remains with the Hunger Games), but it doesn’t deserve all the tongue thrashing it received. I hope the rest of the series is made because I will watch it if it does. I am definitely going to give the books a try, and give you some feedback on it!

Have you seen the film? Any thoughts?