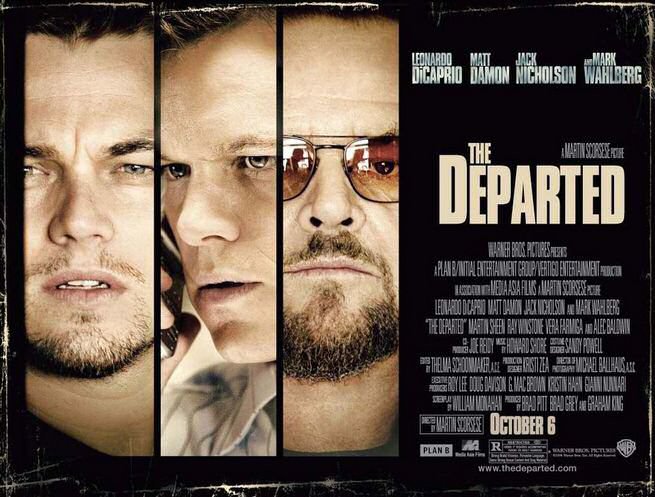 Plot: An undercover cop and a mole in the police attempt to identify each other while infiltrating an Irish gang in South Boston.

I might get shot for this, but I’ve now seen two Scorsese films – The Departed and The Wolf of Wallstreet. Both are some of DiCaprio’s finest work, so I don’t have anything to complain about.  Are all Scorsese films this long? The length is about the only thing I didn’t like about The Departed. It’s three hours, and in my opinion only a few films are allowed to go on this long. It is good though, so I was able to sit through it and pay attention. 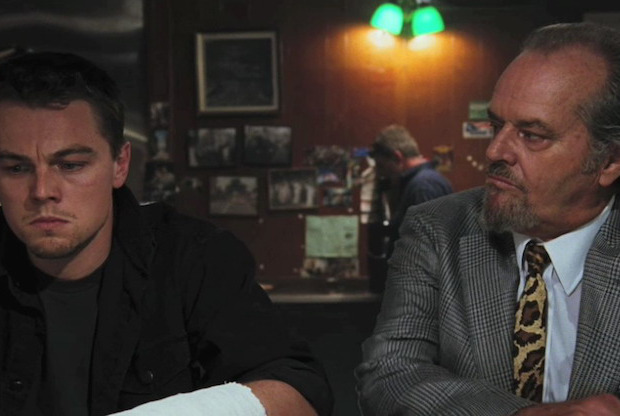 Jack Nicholson makes a great gangster. He is criminal and cold and deranged in this film, and has a menacing presence even when he is nice to people. Finding Colin Sullivan and helping him out leads to Sullivan’s corruption, which makes that kind deed null and void on the scorecard of humanity. Colin Sullivan is portrayed by Matt Damon, a man so good at playing the good guy that I didn’t even think he’d do well as the bad guy. He was phenomenal as the reviled Sullivan, who has a perfect place in the State Police and so convincing even hardened cop Captain Ellerby (Alec Baldwin) suspects him of anything but a hardworking officer. Leonardo DiCaprio, the world’s boyfriend, plays Billy Costigan. In contrast to Sullivan, Billy entered the police force with honorable intentions. He is railroaded by his familial history, and Captain Queenan (Michael Sheen) and the cantankerous Staff Sergeant Dignam (Mark Whalberg) both have a hard time believing that he is what he says he is. They offer Billy a way to still serve his country despite his past, and plant him as a mole deep into the Frank Costello’s drug syndicate. 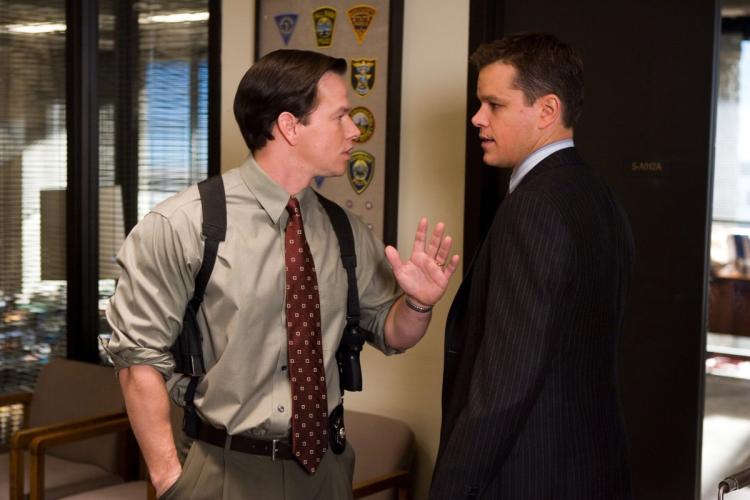 I loved the smartness of the characters. Sullivan is immoral but is so fast on his feet that you can’t help but admire him. Costigan is increasingly desperate to get out and has sporadic outbursts no one can blame him for. I really liked Costigan – Leonardo is definitely one of the best actors I’ve ever seen on screen. He embodies his character, and although no outward displays of dread can be seen in Costigan, DiCaprio still manages to show you exactly how much anger and fear his character is dealing with. I also really liked Mark Whalberg’s character – he’s so ornery and ready to fly off the handle and action ready. He hated everyone and he didn’t care if anyone hated him back. Alec Baldwin as Captain Ellerby was an upstanding man. I liked him, his direct attitude and approach. He was a bit gullible in the end and quite easily fooled by Sullivan though. No one that pretends to be that good is really that good.

The pace of The Departed is controlled, carefully laying out the story. It feels that it took ages to get to the end, the majority of the films time is spent developing every character’s situation properly and showing the viewer how incredibly close Sullivan and Costigan were to each other at all times. Being in love with the same woman is the best bit though. Beautiful poetry. The last twenty minutes keeps me from bitching too passionately about the length. Those 20 minutes were action packed and dramatic, leading to an enormously if shocking end. I appreciated the conclusion of the film and would have been furious if it had ended in another way – no justice would have happened.

If you haven’t seen The Departed yet and enjoy tense, complicated and well thought out films, you should definitely give it a try!