Friday night I babysat my friend’s daughter. She is six months old, and an absolute sweetheart. I am sure that she is the sweetest, most well behaved baby on this planet. She may be the reason that will convince me to have one of my own one day. Sneaky little thing, I tell you.

Saturday we went to Gilroy’s brewery. It had the most wonderful atmosphere. The place was packed, and it was enormous fun. It is sadly too far away to go frequently.

I am really enjoying summer. The weather has been great – it is not scorching yet.

My new obsession at the moment is Friends. I am now at season two. I have seen bits over the years, but have never made a real effort to follow it. It is so amusing. 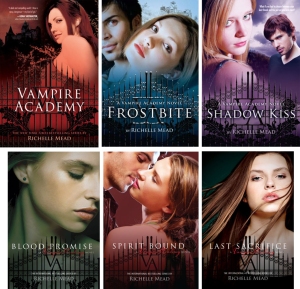 The Vampire Academy series by Richelle Mead. It is good, but I find myself vacantly staring into space sometimes. Perhaps it is one of those books who would have been great had it been better edited. Finished the second book last night, Frostbite, and took out Shadow Kiss to start on if I have time today.

I have mostly gotten my outrageous need for food under control. Mostly. Some people tell me it is the heat; some tell me it is the frequent exercise. But the truth is, I need to plan my meals better then I won’t be hungry all the time. Starting today, I am eating better, and keeping up with the exercise, which is going great.

Exams are getting close – my first one is the 1st of November. It is chemistry, so I am stressing and studying to the maximum. I try to put in at least an hour each night, and have so far been {mostly} successful.

Men. In general. I’m sorry, but dating and relationships are just frustrating. Contemplated giving it up permanently, then remembered that I don’t want to be old with fifty cats and a bad attitude (I already have a bad attitude, just scared of the fifty cats)

Not a huge blogger on religion, but I have thinking about all the different types and what it means a whole lot lately. Am told that it is normal with my current age to question everything. So at least I am normal in the sense that I question everything. Will let you know my conclusions.

He dropped out. I am happy because I love that man, and I loathe those books. Yes, Charles, you do not want to lose your badass persona from Sons of Anarchy because of this. No, you don’t

Not feeling the writing bug today, which is weird since I had it the past two weeks.

In South-Africa, we vote around April. A relatively new democracy, SA hosts a bunch of the most ridiculous political parties you can imagine. The latest one now is the EFF, started by the suspended ANC youth league president Julius Malema. I cannot accurately describe the antagonism I feel towards this man. I have very ugly thoughts about him and his ideas. Read about the joke of the DECADE here.

To sound off, here is a motivational pic, because we all need it on a Monday. 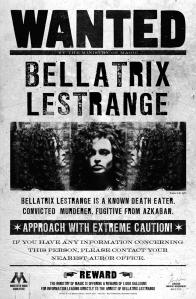 This weekend was nice. How was yours?

I am not feeling capable of being positive today, or even writing.

Friday we went to Mugg and Bean to catch up with an old friend. It was really lovely, and the food was divine (Chilli Chicken Cheese Burger – yum)

On Saturday it was my little sister’s birthday braai – I felt a hundred years old compared to the 16/17 year olds that infested our home.

It was horrible. I ate, and ate, and ate. I couldn’t stop. And I couldn’t even eat healthy. Nope. Cake and sweets and carbs and everything. I am sick of food right now. Not eating much today. The exercise went well. I did bike on Friday and Sunday, but as they say, you can’t outrun a bad diet.

Is going well, but went AWOL with the power cuts last week. I managed to finish a book and start on a new one, but everything just went slower. I am contemplating reading the Divergent series, just to see what it is about. Any comments?

Things that annoy me right now:

If there is a slightest possibility of a meteor shower, I swear it would head straight to me. Everything is out to injure or annoy me. Stubbed toes, traffic, electricity, food, and more specifically, water bottles making my entire gym bag, and the clothes in it, wet. What did I do to deserve this? No idea.

I hate this phone. So much. it is going dead every five minutes since Friday. HATE HATE HATE. I can’t wait for a new phone. I will reverse over it, just to make sure it knows how I feel. I might even take a video.

Girls, and the attention they give to men.

I, like many straight females, enjoy a good flirt with an attractive man. HOWEVER, it isn’t justifiable to flirt with a man with a GIGANTIC ego, increase his ego, dumb yourself down, and then pretend you are a self-respecting female. Also – this social network love-struck people – grow up. No one wants to see on BBM/Twitter/Facebook how much you love your boyfriend. Call him, tell him. Easy as that – and then you might still have friends on all the sites you so religiously plague.

Well, hello 🙂 this weekend was pretty nice, although I had a few moments where I wondered about the galling personalities some people have.

Finally read through Harry Potter and the Half-Blood Prince. What a fantastic book – it was so amazing to read it again. It will always be one of my favourite books in the series. I started on the Deathly Hallows, and am wondering what book I will start on when I am finished – maybe some brand new writer I have never read before.

I lost a kilogram! I have never been so happy to see the scale drop down. It has been on my mind how rapid weight loss diets are negatively impacting the way we see a healthy lifestyle. Healthy dieting means losing at most a kg a week, and I, being used to all these wonder diets, had been expecting 3-4 kg’s a week. Do you have any weight loss stories to share? Also, I was supposed to give up coffee from today, but I guess I will start that tomorrow :). Last week I managed to 30 minutes of exercise for three days – a record for the past few months! Keep those fingers crossed that I will do it this week as well.

I watched Lord of the Rings – Return of the King, this weekend. It was as superb as always. I really love those films.

Are so complex. Why do I have to deal with broken relationships (that has long ended) right now? Honestly, I have better things to focus on. The best part this weekend was when someone had the audacity to try to give advice about things they do not understand, or have no experiences in. Meh. Seriously, start dating then I will listen to your opinion, okay.

On the studying front, I didn’t make much progress. I had been working so hard on my last assignment submissions last week that I couldn’t find the energy to start again. I will be studying through the week now.

And lastly, some motivational stuff for a Monday. Enjoy 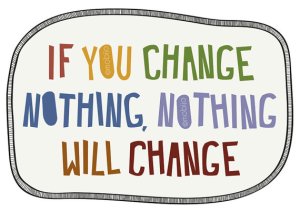 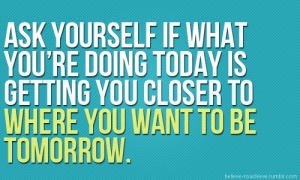 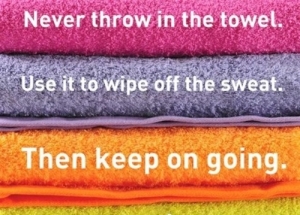