What happens? (The short version)

Carly (Cameron Diaz) has what seems like the perfect relationship with Mark (Nikolaj Coster-Waldau). When he cancels meeting her father for the first time, she is angry, but her father Frank (Don Johnson), convinces her that she overreacted and should surprise Mark at his house in Connecticut.

Carly is the one who gets the surprise when she finds Mark’s wife Kate (Leslie Mann) at the door. Embarrassed, she leaves, but Kate realizes something is amiss. Kate visits Carly the next day and when the truth comes out, Kate freaks but realizes that Carly never knew about Mark’s relationship.

Now Carly has to deal with her new best friend Kate and the knowledge that she was a mistress and she didn’t even know that. After meeting Kate’s Brother Phil (Taylor Kinney), Carly gets to know and like him. Phil is outraged that Mark cheated on his sister and warns Carly that Kate will eventually a breakdown when she the knowledge sinks in. 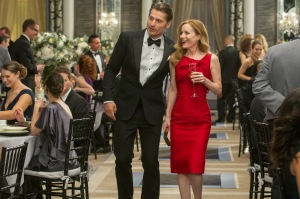 Mark King: I wouldn’t even be me without you. I might not always get it right, but I’m right where I want to be.

Carly and Kate visit Phil’s beach house to spy on Mark and yet another mistress, Amber (Kate Upton). Amber is devastated when she hears Mark’s wife is nothing like the evil, cheating bitch Mark had described to her.

The three ladies band together in their solid dislike of Mark, and devise plans to get back at him. But can their friendship survive after Mark falls? How will Kate handle the demise of her marriage? Is there a real future for Carly and Phil, who met under dubious circumstances at best?

I actually enjoyed this one. It suited well as some light-hearted Sunday night viewing, something to chase away the thought that we would all be working in a few hours.

The plot line was pretty obvious from the start – anyone who thought Jamie Lannister was capable of a normal, functioning relationship should have their heads checked. I had some sympathy with Carly, because what happened to her was disgusting and unfair – how often do men (probably women too) lie about their relationship status?

I thought all was lost when Nicki Minaj entered the scene, and really wondered if Kim K would rock up and like, like everything. However, Minaj didn’t really get a lot of screen time, and what she was given she did semi-okay with. Her performance was still the most questionable, but not tearing-out-hair bad.

I will admit that I am not overly fond of Cameron Diaz. I don’t understand the hype around her and she really seems so mediocre.  I would give her performance here credit by saying it is not as irritating as usual.

How hot is Taylor Kinney?!?! I saw him recently in my rerun of Vampire Diaries, and man, that guy is fine. His acting is also good, it has improved and the role really suited him. I was wondering if Lady Gaga called Nicki and was like “hey girl, my boo needs work” and then they worked together, or if Minaj called Gaga and was like “girrrl, I need work”, and then Taylor said it is cool she can work on his new movie. Anyhow, I am glad Kinney was in here because he is one of the things that worked in this movie. PS: Is he still dating Gaga? If not, I am definitely available!

A serious plus in the movie is Taylor Kinney’s face!

Ugh, Kate Upton. Can she be any more perfect/gorgeous? Her acting chops equaled that of Christina Aguilera in Burlesque – not bad but you can see it is not their field of expertise.

What I loved about this movie is the connection these ladies made with each other. They were all screwed (quite literally) by the same man, but didn’t turn on each other as is the norm. In the end they worked together to destroy him and bonded and became friends. I would love if that happened more often, because hey, blaming just one person of the adulterous relationship is incredibly unfair.

This chick-flick gets points for being more realistic than the tons of other shit that floats around, especially Ghosts of Girlfriend’s Past. Friendship between a wife and a mistress isn’t really plausible, but it is more plausible than travelling back in time to witness your mistakes, if you know what I mean.

Firstly, this post was initially incredibly whiney, (sadly not WINE-y). I edited a lot to make it not seem like an incessant moan session, so if you are reading this, know that I love you (in a purely unfreaky way) enough to change a post to positive. It started off one night as I forced myself off the internet (you freaking addictive thing).

It is September, which means Spring. I am so happy it is warmer. To the Northerners reading this, Winter is coming. You all at least get some snow while all we do in SA is get cold. I can’t wait for November, I am going to the coast (major dancing, partying and loafing will be involved, all on the beach)

What is happening quite soon:

I am doing the Colour Run in Johannesburg. It is my first time doing this and I really can’t wait.

I am up for a two week practical Chemistry class. That means two weeks of not dealing with work which is the best thing to happen since sliced cheese.

Can people just not be such asshats?

I have this huge confession that I LOVE Kate and William. They are so sweet, and I don’t care if feminists think that she should do more with her life than pop out babies. Some women want that, just FYI, and it is their free choice to make. Anyway, I am super excited that they are having their next baby! So everyone who is moaning about the British money being wasted or whatever bug you have up your ass, just be happy for once that a couple is happy.

Another case of sever ass-ism are the people who left two Labrador puppies in a dustbin. My sister will now adopt one and the brother will go to another safe place. This is not the place to mention what I will do to the people that did that, but let’s just say for now I hope they end up in a dustbin without food or water. Would seem like justice.

Not a whole lot, but I saw One for the Money Friday night while drinking wine with my sister (the wine couldn’t even save that plot) and I saw Lucy in cinema Saturday. I also saw THAT was epic and I had such a good time with it, so keep an eye out for the post!

I am busy reviewing some Marvel films for my Marvellous Monday Blogathon. The table with available movies to watch is updated every Monday as the instalment post is posted, so hop over and takes a look.

Dead to the World – Charlaine Harris

Angel’s Fall – Nora Roberts. Yep, I am actually re-reading this for the gazillionth time.

Dead as a Doornail – Charlaine Harris

After finishing the glorious Sherlock, I haven’t watched anything new. I was playing around with Vampire Diaries season three as part of my plan to catch up with all of it, but I am still not finished. I am going to start True Blood soon, with some light-hearted New Girl in-between because I just love that ridiculous show.

A hot guy, because I can

And this one that Zoë sent me. Because we understand that so well