I’m way behind with posting these… I am now almost at day 75 as I am scheduling this, which is great as it means I am very likely to finish this round too. Let me know how you’ve been in the comments and if you are doing something similar 🙂

Day 41: I went to a Singles Event where you had to choose four words that would ruin a date. Some people were really creative, and some just pulled things off the internet. The event itself was hosted in a section of a trendy bar, but felt a bit crowded. The people were also really just focused on winning the game instead of getting to know each other, which is the whole point of the exercise. I really doubt whether these events actually succeed in hooking people up, but it is a great exercise to becoming more outgoing and actually speaking to strangers.

Day 42: I really adore this Lovisa necklace my sister gave me for my birthday. It is just so pretty. I have a slight Lovisa problem.

Day 43: This is literally just a screenshot of my WordPress calendar showing that I had shit scheduled throughout the month. Definitely doing it this month too, it makes life really easier.

Day 44: Anyone who has successfully dieted will tell you that if you fail to prepare, you should prepare to fail. I nearly failed the one day after I forgot to pack lunch. My colleague saved me with this yogurt, apple and walnut salad, which was pretty delicious.

Day 46: One small cheat with a Woolworths Marshmallow egg. I am not a marshmallow person, they are generally too sweet and sticky for me, but I do like the Woolies ones, they are superior quality.

Day 47: I went to the SA on Tap festival with a friend. I’m really not a beer person, so this was quite enlightening. I also saw some other people I know, which was good – being seen with a guy always ups the street cred, so no complaints from this side

Day 48: This post, which I thought was just the lazy and basic pic of my breakfast and dinner, got a huge amount of likes (yes – 52 likes are huge for me!). I was so pleased.

Day 49: I’ve been laughing myself silly at 2 Broke Girls recently. I wasn’t a big fan of Season 3, but seasons four and five seem to have gone back to their roots and it worked really well.

Day 50: I go batshit crazy at work if I don’t have hand cream readily available. Something in the hand soap here makes my hands so dry, and without cream I want to scratch all the time. I’ve stopped buying creams now as I have so many unused ones at home, like this one. While I’m not the biggest fan of lavender, I did like this cream. Which reminds me that it is nearly done and I should bring another one tomorrow.

April is the best month for South-Africa. Seriously – we have so many public holidays people are actually nice to each other. I took off a chunk of time as well, and it did me the world of good. I actually got some sleep in, saw my bestie and watched some amazing films. Without further ado, here is my rundown of April 2017.

Beauty and the Beast (2017): The painful excitement that came when I heard they were doing a live animation of my favorite Disney classic was excruciating. Would it work? Would it fail? The QUESTIONS that plagued me.Additionally, B&B was released in South-Africa later than the rest of the world because of South-Africaitis, and there were conflicting reports to be read. Anyway, grabbing popcorn and sitting down to see this was really wonderful. I liked it, and will watch it again. I had Gaston stuck in my head for a week. I better not hear that tune soon. 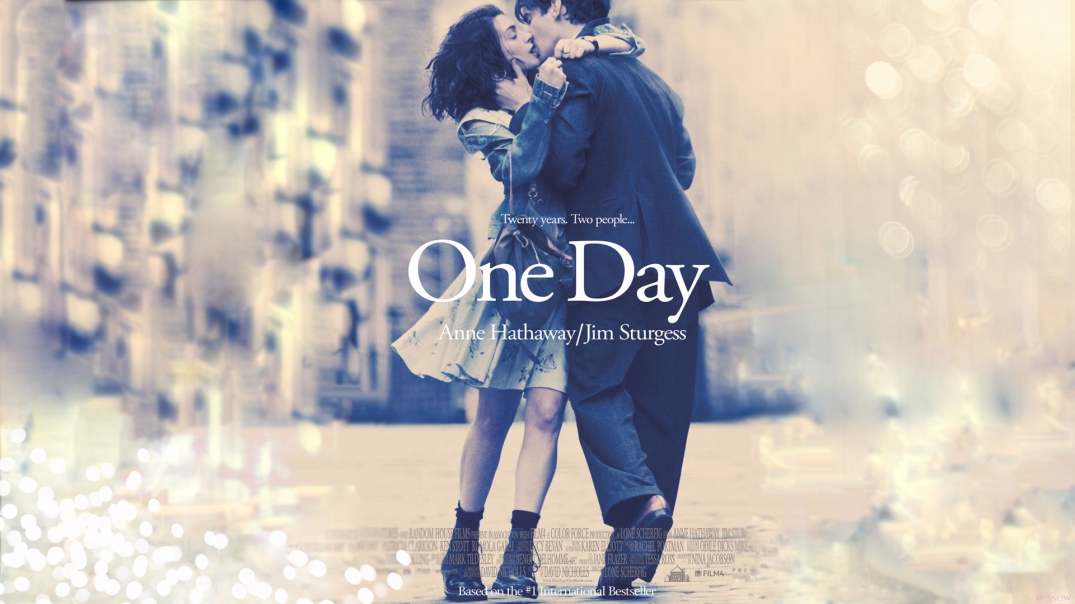 Basic Instinct(1992): This is part of my Blindspot 2017 series. This year I am doing remarkably well with it, because Zoë and I watched a bunch of them in December because #besties. Basic Instinct is next on the list and quite the shocker. OMFG my poor eyes.I might never recover.

Anywhere but home (2008): I thought this comedy was quite funny the second time around (I know I’ve seen this before but I can barely remember it). It’s also titled “Four Christmases”. I’ve never understood exactly why some movies get two titles. Anyway, if you can believe that someone like Reese Witherspoon would end up with someone like Vince Vaughn, you can get through the movie. It has some funny moments, and sure they are the typical things you’d expect, but they are funny regardless.

Twilight: New Moon (2009): I’ve been meaning to blog about Twilight as a set for ages now. I did Twilight (2008) easily, but had a couple of months delay by what succeeds it. New Moon is the most insufferable – both book and movie – but I sat through it eventually.

Safe Haven (2013): The casting for Nicholas Sparks film is never specified for acting abilities. I guess the author/filmmaker knows his audience too well, and knows if he provides enough pretty people the film will be acceptable to his fans. He’s not wrong. I enjoyed Safe Haven and the acting is really better than the acting in The Lucky One. The kids were cute and the story was okay. 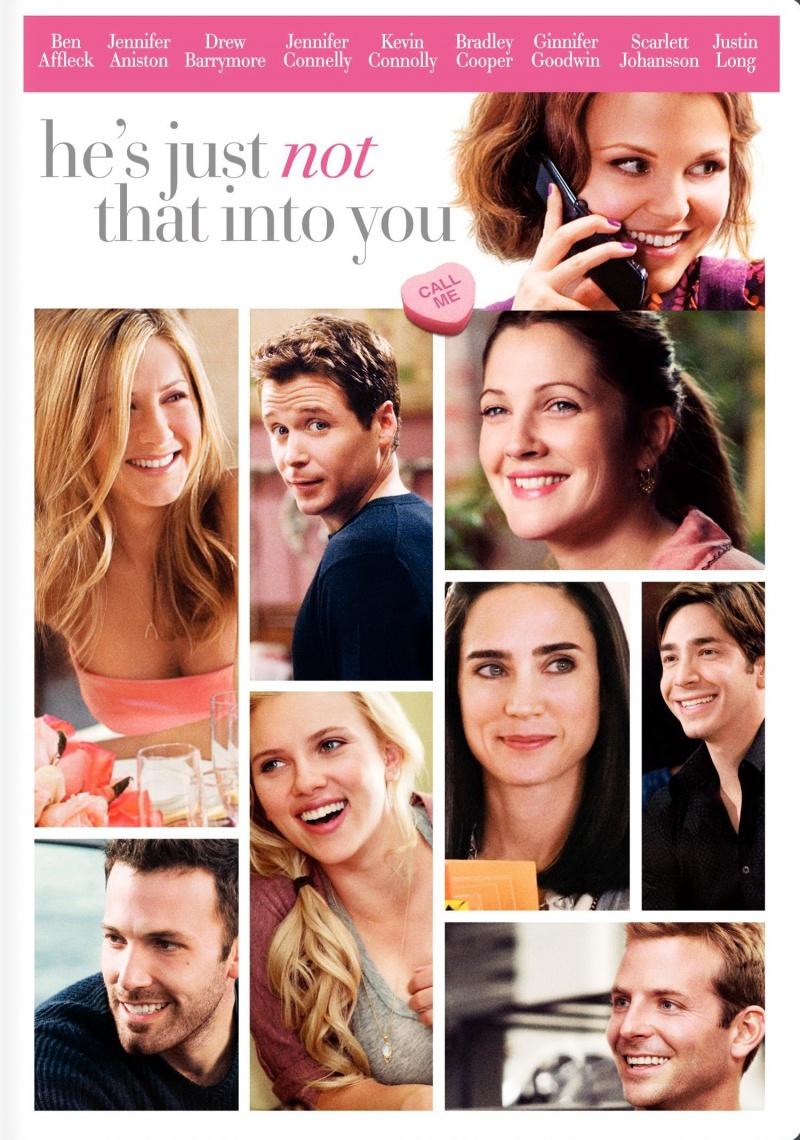 He’s just not that into you (2009): I always enjoy watching HJNTIY. My brother-in-law did not appreciate us making him watch it though, telling me that it is not also a guy-friendly film as I initially thought. 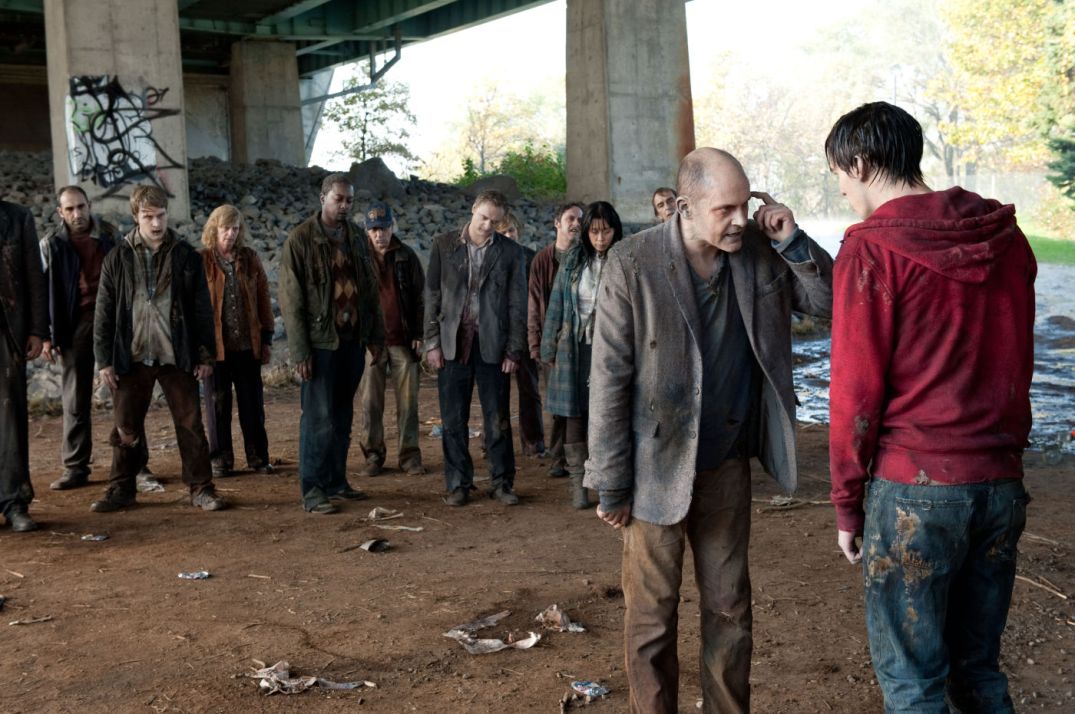 Warm Bodies (2013): I just love this film. Nicholas Hoult is a zombie, and when he eats the brains ofTeresa Palmer’s boyfriend, he starts seeing some memories and slowly returns to human form. The cast, led by Hoult, are all quite charming and for a story that shouldn’t work it works really well.

The DUFF (2015):yes, I watched it again. One of my favorite films at the moment. Such hilarity. 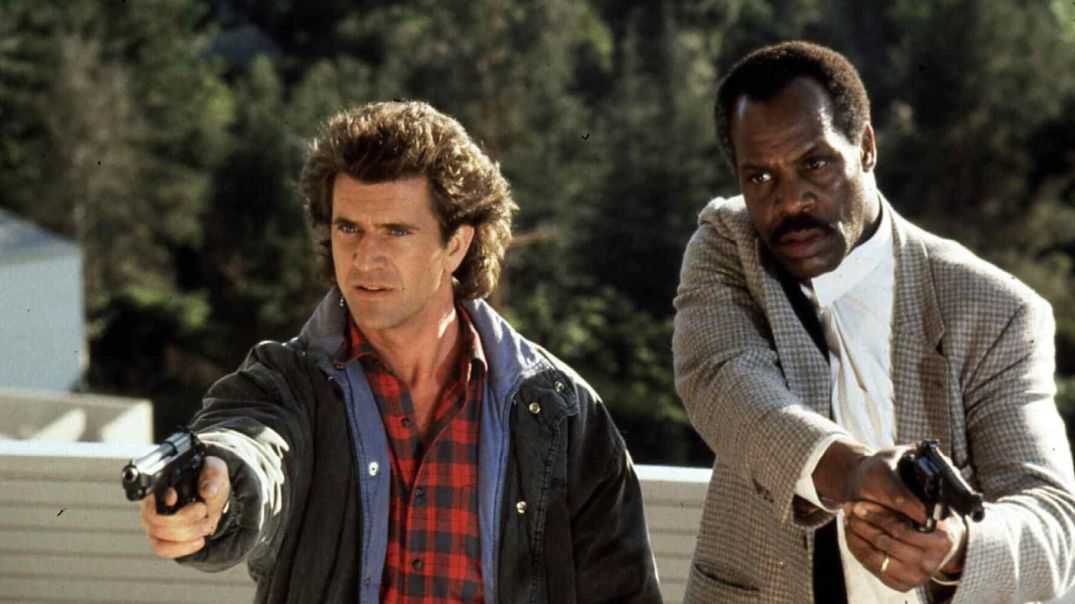 Chef (2014): Chef is a film about good food and happy endings, and well deserved of its’ praise. I really quite liked this film!

Drive (2011): I remember enjoying Drive the first time around, but I really couldn’t remember everything about it. I enjoyed it so much this time too, it is a phenomenal film and some of Gosling’s best work.

The Guest (2014): This film has a lot of science reasons it works well to the appreciative eye, but I can tell you that I would have loved it without the science too. Gorgeous directing, a solid plot and excellent score, this film is a great film to watch again and again. 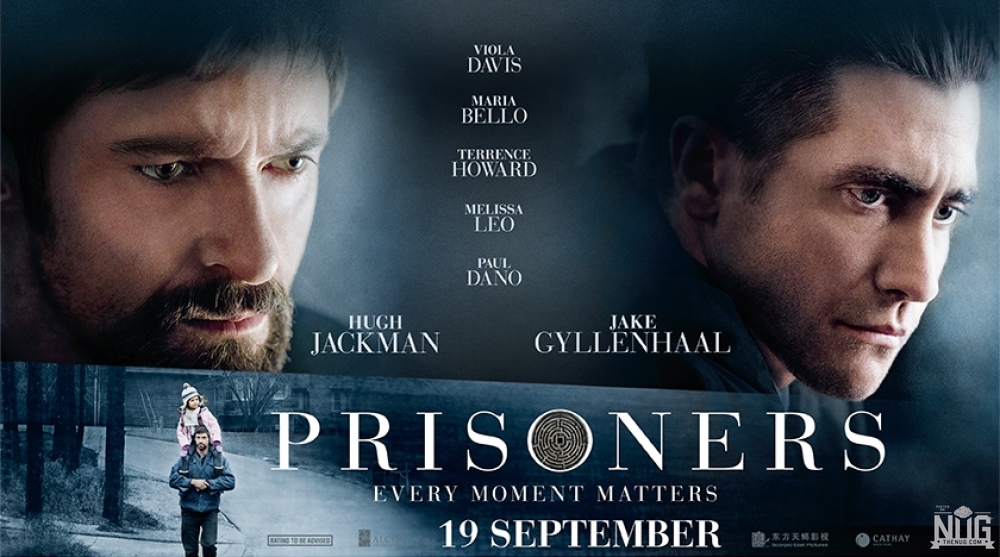 Prisoners (2013): Prisoners currently ranks as my least favorite Villeneuve film. It is on no level a poor film, it was just not my favorite of his. And it is five hundred hours long. *Scientific fact*

I can watch this movie indefinitely. It is the best!

Crazy Stupid Love (2011): I definitely need to review this film again – It has been ages since I’ve posted it on my blog. One of the most inoffensive romantic comedies produced in later years, this movie will make you laugh and relate with some character in here.

Nocturnal Animals (2016): This is my new hated film. Gosh, what a spectacular waste of my life. Pretentious bullshit. 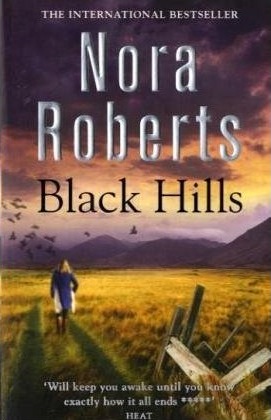 This is a particular favorite book of mine. I enjoy Dr. Lillian Chance – she is passionate about her work in the refuge she built and is smart and cool.

While I do enjoy this series of books – Born in Shame, Born in Ice and Born in Fire, they certainly aren’t my favorite of the author. However, her love for Ireland does show when reading this, and I particularly enjoy the description of the scenery.

I’m enjoying myself way too much with this comedy. It shouldn’t be as funny as it is, but I end up really laughing at it.

What did you do in April? 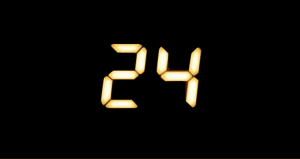 This week I turn 24. I feel much older than twenty four, so I am working hard to remind myself that I am still young and free. This weekend I will definitely remind myself of that.

Seeing my bestie again this weekend. So happy!

Books: reading Rachel’s Holiday by Marian Keyes again. It is so good. It is my 83rd book for my book challenge. Slowly but surely closing in.

Can’t wait to start studying again. I just want to pass and get a degree and be rich (LOL).

Thinking of squeezing in the Wolf of Wallstreet. Everyone is raving about it and I need to know how it is. Also, American Hustle seems good to watch. It has been too long since I’ve been to the movies. Furthermore, I am ecstatic that the distributor of the Vampire Academy movie in SA has a release date. I am definitely there!

Also, going to check out cars this weekend. I am SO nervous about it, but I want that freedom at the same time.

All the dieting is not going good. I am excellent through the week and then on weekends I suck. So, let’s start again.

What’s happening in your life?

Caroline Channing had the perfect life until her father got locked up for fraud. She was well loved, spoiled, and had enough money to do everything she wants. After her father’s imprisonment, she is broke, homeless, and without any friends. When she desperately applies for work as a waitress, she lies on her application to her abilities about waitressing. Max, the other waitress, immediately realises that Caroline doesn’t have a clue how to do the work. Max reluctantly agrees not to sell Caroline out to their boss, Han. After finding out that every friend Caroline thought she had deserted her, and that she slept the night on the subway, she offers Caroline a place to stay.

The pair becomes friends and roommates, even though they have nothing in common. In direct contrast to Caroline’s eternal optimism and good mood, Max is sceptical about everything, with a dark humorous outlook on life.

When Caroline tastes Max’s homemade cupcakes, she realises their potential. After much nagging, she convinces Max that they should start a business together. They start saving and working to their goal, $200 000, but it moves painfully slow and they make many mistakes on their journey.

For a light hearted comedy, I really enjoyed this show. It took a while to grow on me, but now I find it hysterical. The show is littered with bawdy humour, and I just crack up. It might offend some people, and I wouldn’t recommend it as a show to watch with young children around. The casting was well done. Kat Dennings stars as Max Black, perfectly suited for the role. Beth Behrs, who plays Caroline Channing, can be sometimes annoying with that squeaky voice, but overall I was impressed with her performance. Jennifer Coolidge is her normal hilarious self as Sophie, their Polish neighbour. I don’t know what it is about the woman, but everything that comes out of her mouth is extra funny. Another plus for the show is that each episode is about 22 minutes. If you are insanely busy but still dying for some entertainment, this is a good choice.