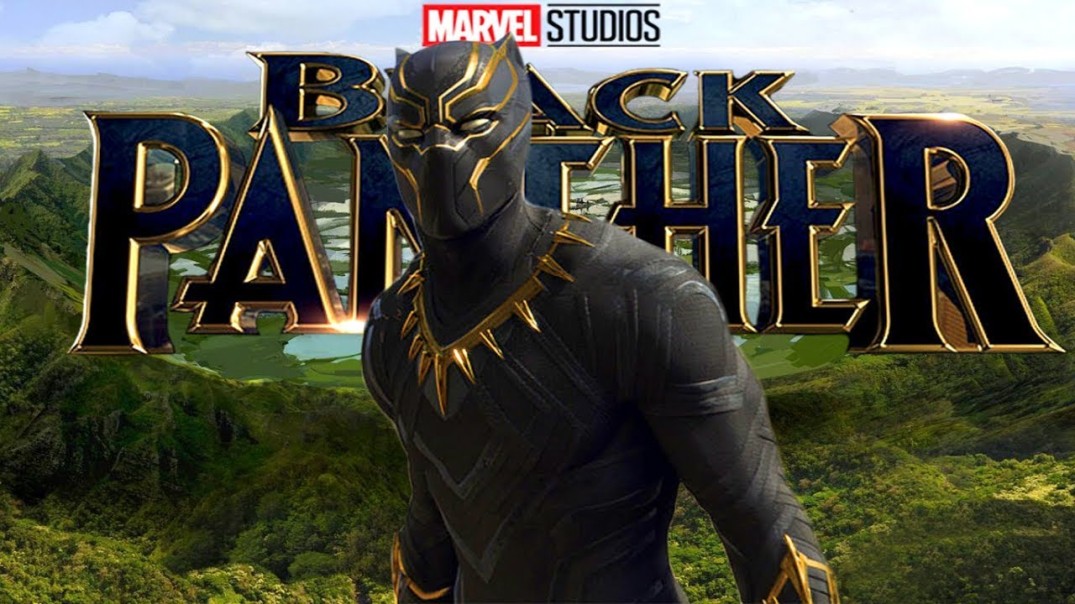 Plot: T’Challa, the King of Wakanda, rises to the throne in the isolated, technologically advanced African nation, but his claim is challenged by a vengeful outsider who was a childhood victim of T’Challa’s father’s mistake.

I remember sitting down to watch Wonder Woman last year – the nerves and anticipation and hope that a film about my kind finally being a superhero would be great. How fantastic was the notion that someone like me could change the world? How empowering it was! As I watched Diana Prince ignore male orders and march onto a battlefield because her heart dictated her to,  and I finally felt vindicated for having my own share of protectiveness towards those I hold dear.

And finally, in 2018, we have come to a place where black people can finally celebrate the same feat. Black Panther is fantastic. I am not black, but I am South-African, and sitting in the cinema with black people and feeling their joy with this film was uplifting and very emotional. T’Challa isn’t a sidekick, he isn’t the bad guy, he is a man of royal blood. He doesn’t have to find his riches, he is rich. Wakanda is, as some have rightly said, both a view of how Africa might have been without colonialism and a celebration of retaining your culture will thriving in a modern technological world. Black Panther does not skirt around issues, it faces it head on. Slavery and the destruction of a continent is frequently referenced, as well as the deeply moral question of why Wakanda did not intervene to help their neighbors when they had unlimited power to do so. Well, to me Wakanda had the correct intuition, and I can only wish the entire continent could have seen the danger and protected itself against pillaging.

Chadwick Boseman is an exceptional Black Panther. T’Challa is a good mix of culture, regal blood, love, humor, wisdom, kindness and some fantastic fighting skills. He was born to be King, and his nature dictates him to be a kind and just one for his people. Other tribe leaders, especially W’Kabi (Daniel Kaluuya’s, in wonderful South-African traditional clothes), Mbaku (Winston Duke) have issues with some of his choices, and this especially creates discord between W’Kabi and T’Challa when T’Challa fails to bring Klaue (truly excellent Andy Serkis) to Wakanda to account for his crimes against the Wakandan people. 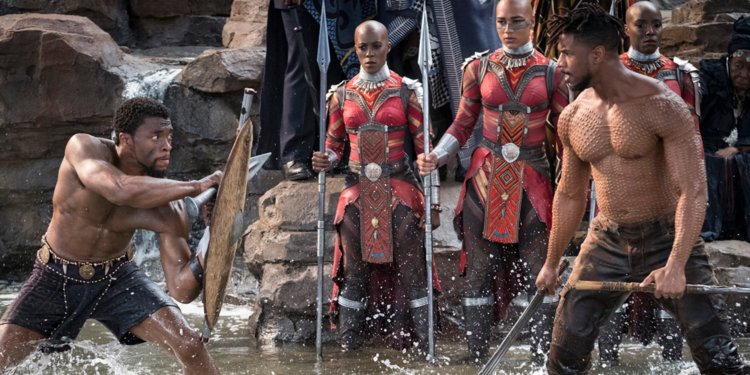 Michael B. Jordan impressed me immensely. I haven’t seen too much from him, and I really did not know how excellent an actor he is. As Erik Stevens the warmonger and the thorn in T’Challa’s side, he is both heart breaking and terrifying. He would have been like T’Challa if a great crime hadn’t been committed against him, and his crimes are heinous enough to have you wince but his memories are painful enough to make you weep for him. He was a strong villain, perhaps one of the stronger ones in Marvel, and I really enjoyed him.

There is a lot of humor too, especially delivered by Shuri (Letitia Wight). The movie has genuinely funny moments and the audience was in stitches as it found its crowd. Even Mbaku has some funny moments, and his humor mixes surprisingly well with his warrior attitude.

It would be very unfair to not mention the outstanding female cast as well. Lupita Nyong’o and Danai Gurira are fierce female warriors, sworn to protect Wakanda. They have great moments together, and their chase through South Korea is especially fine to watch. Shuri is a smart and sassy young woman, and she is a technological spearhead for Wakanda, highlighting the importance of girls in technology in style. Angela Basset as the Queen Mother is regal and beautiful, and her care for her children and nation are evident to see.

South Africa had a phenomenal week last week. The fall of the Gupta empire and Jacob Zuma, the rise of Cyril Ramaphosa and the first SONA in years that didn’t result in a screaming match made South-Africans happier than I’ve seen them in a decade. The optimism in the streets could only be even more enhanced by seeing South-African faces in this film, South-African traditional wear and Xhosa being used as the Wakandan language.

I was worried that Black Panther wouldn’t be good – I really wanted it to be, if only to prove to the butthead racists on the internet that inclusion is necessary and can yield as good results as the standard white washed, male domineered films we generally get. Black Panther is GREAT, and is an excellent start to the superhero year. The cast and director and Marvel should all be congratulated for their excellent work in this film – it is something to be proud of!