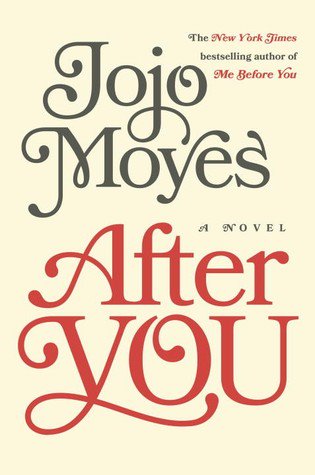 Plot: How do you move on after losing the person you loved? How do you build a life worth living?

Louisa Clark is no longer just an ordinary girl living an ordinary life. After the transformative six months spent with Will Traynor, she is struggling without him. When an extraordinary accident forces Lou to return home to her family, she can’t help but feel she’s right back where she started.

Her body heals, but Lou herself knows that she needs to be kick-started back to life. Which is how she ends up in a church basement with the members of the Moving On support group, who share insights, laughter, frustrations, and terrible cookies. They will also lead her to the strong, capable Sam Fielding—the paramedic, whose business is life and death, and the one man who might be able to understand her. Then a figure from Will’s past appears and hijacks all her plans, propelling her into a very different future…

For Lou Clark, life after Will Traynor means learning to fall in love again, with all the risks that brings. But here Jojo Moyes gives us two families, as real as our own, whose joys and sorrows will touch you deeply, and where both changes and surprises await.

The events of After You take place after Will Traynor’s assisted suicide in Me Before You. Louisa Clark, his handler and eventual love interest, is dealing with the aftermath of his death. Society is no different than usual and judges her for her actions, thinking that she benefited from his death and perhaps should have done more to have stopped him. But they aren’t on ground zero with Louisa. They don’t know how hard she finds it to cope and to live to up to the expectations she can feel from beyond Will’s grave to live an extraordinary life. An accident makes her parents wonder whether she was planning to commit suicide as well, and despite her best assurances she still attends a support group for bereaved people to ease her parents’ mind. Slowly, life starts to normalize and even look more positive, but the appearance of someone who she thought impossible usurps her life once again. Can she fix herself one more time? Move on from Will?

On the new character front Sam appears, and I can now list him as a book boyfriend. I loved him. I knew from the get go that this couldn’t be the guy Jake was referring to. I knew somehow somewhere there was a gap in communication, and serve Louisa right for thinking the worst. Sam was decent, trustworthy, dependable, really hot and not without scars. Someone perfectly whole wouldn’t have been a good choice for Lou. She’s seen too much and gone through a lot of heartbreak. I was ready to write all the angry letters to JoJoMoyes during the last few chapters in the book, but it would have been for nothing as the end result really pleased me.

The biggest shocker of the book is the existence of Lily, Will’s daughter. I immediately pitied Lily. Her mother was clearly horrible at parenting, she had no foundation and everything she needed to turn into a stable kid was removed at her mother’s whim. Discovering that she had a father that became quadriplegic and chose to end his own life couldn’t have been a joy, and realizing that the family he left behind was neither whole nor perfect sure was a shocker too. I called most of the eventual developments on this character, but that doesn’t mean that I am not happy she ended up with Mrs. Traynor. They both needed something to get them through life, and they are perfect to depend on each other.

Lou’s family is still a driving force in her life. Her brilliant sister, saddled with a young boy so early. Her mother discovering her feminism and her father’s objection to it causes some hilarity but is also a reminder of how life must look for women who spent their entire lives looking after their children. I really liked that these characters remained in the book as it was such a central part to Lou’s character.

I really liked the pace and development of each character. After You certainly is more conventionally romance than Me Before You was. I was reminded of how I thought Marian Keyes would be if she chose to write about normal things. JoJoMoyes has the ability to get you unhealthily involved. I was so stressed about every character in that book. Her support characters are as well developed as her main characters, and she writes them with empathy and humor. You can’t help root as hard for Lou’s mother who is refusing to shave her legs as you are rooting for Lou, worry about Jake, think about Donna and most of all, wonder about the wellbeing of the Traynor family.

I was a huge fan of this book. It made me sad when it ended. I would have loved a third instalment. I checked but I seem to be unlucky in that regard. I recommend naturally that you read the first novel first (the movie doesn’t do it justice) and then read this one. Both are compelling reads that will touch your heart.

PS: Can I please have a Sam? 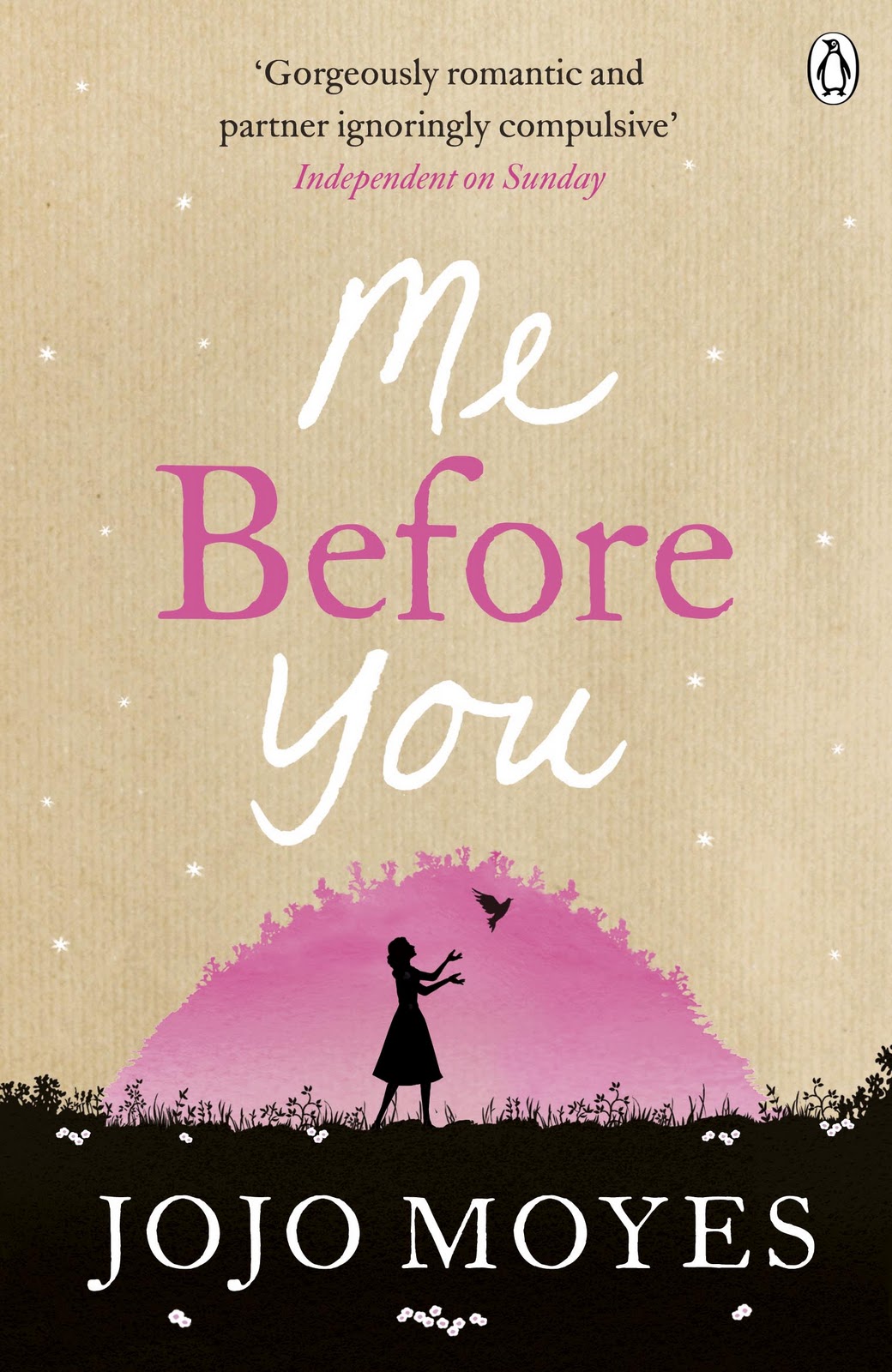 Plot: Lou Clark knows lots of things. She knows how many footsteps there are between the bus stop and home. She knows she likes working in The Buttered Bun tea shop and she knows she might not love her boyfriend Patrick.

What Lou doesn’t know is she’s about to lose her job or that knowing what’s coming is what keeps her sane.

Will Traynor knows his motorcycle accident took away his desire to live. He knows everything feels very small and rather joyless now and he knows exactly how he’s going to put a stop to that.

What Will doesn’t know is that Lou is about to burst into his world in a riot of colour. And neither of them knows they’re going to change the other for all time

I purchased this book for the sole reason of knowing who dies when the film comes out (if anyone dies, to be more correct). I really wouldn’t walk away from the film just because of it, but it is better to be prepared than to suffer from shock in an audience.

Me Before You is thought provoking. It is sad and wonderful and full of emotion, and once the book starts progressing, it is really hard to put it down and walk away. I will move on to read its’ sequel soon, and I am really excited what it might hold. As always, I will keep you up to date!

Have you read Me Before You? What did you think?