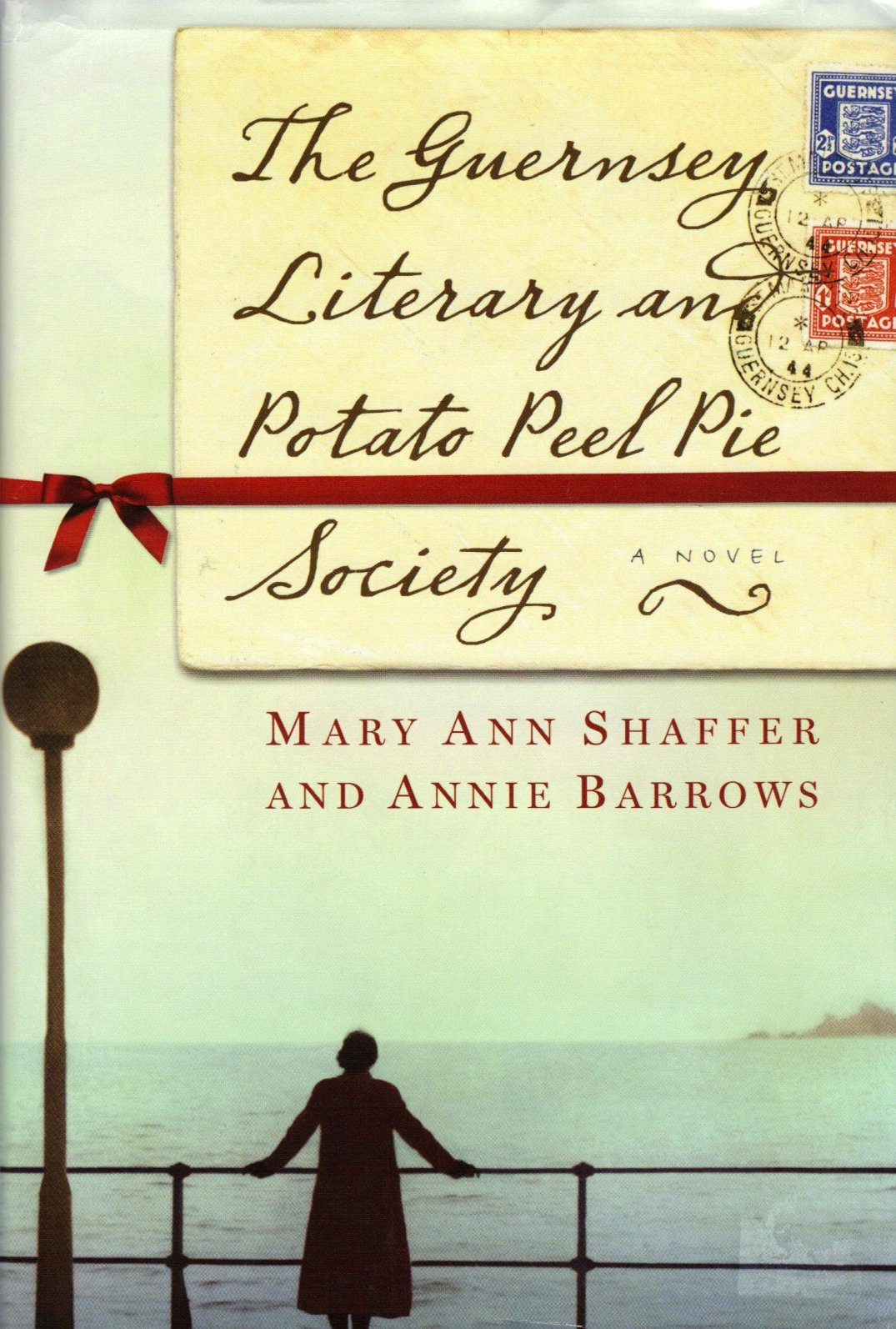 Plot: “I wonder how the book got to Guernsey? Perhaps there is some sort of secret homing instinct in books that brings them to their perfect readers.” January 1946: London is emerging from the shadow of the Second World War, and writer Juliet Ashton is looking for her next book subject. Who could imagine that she would find it in a letter from a man she’s never met, a native of the island of Guernsey, who has come across her name written inside a book by Charles Lamb…

As Juliet and her new correspondent exchange letters, Juliet is drawn into the world of this man and his friends—and what a wonderfully eccentric world it is. The Guernsey Literary and Potato Peel Pie Society—born as a spur-of-the-moment alibi when its members were discovered breaking curfew by the Germans occupying their island—boasts a charming, funny, deeply human cast of characters, from pig farmers to phrenologists, literature lovers all.

Juliet begins a remarkable correspondence with the society’s members, learning about their island, their taste in books, and the impact the recent German occupation has had on their lives. Captivated by their stories, she sets sail for Guernsey, and what she finds will change her forever.

Written with warmth and humor as a series of letters, this novel is a celebration of the written word in all its guises and of finding connection in the most surprising ways.

I absolutely LOVED the movie (review here); so much so that it spurred me to start writing on my blog again. Naturally no force on this planet would keep me away from the book, and I got the last copy at my local bookshop – even though at an exorbitant price – seriously, how do they want people to keep on reading when it is so expensive? – I was still willing to fork out the cash because I just had to know.

I do love the romantic notion that one hard copy book can travel across oceans and reach people you would never have come in contact with. It’s part of the fun of buying a second hand book – someone else has read and enjoyed that particular book.

In this case, it leads to a life changing journey for author Juliet Ashton, who herself is still recovering from World War II, travels to Guernsey to meet their illustrious book club and one of it’s intriguing members – Dawsey Adams. He writes to Juliet after finding her details inscribed in one of his second hand books, and their pen-pal relationship develops nicely enough that she decides to embark on the journey that will alter the course of her life.

The one thing that took getting used to is that the book is written entirely as letters. This makes things a bit difficult, and certainly something to get used to, because there’s no “real” interaction between the characters and everything is written after the fact. I did get used to it, but like I said, it took a while.

With any book to movie adaption there will be a few changes. This is no different matter, but none so severe that it makes me like one more or one less. Dawsey Adams is definitely less attractive than the beautiful Michiel Huisman, although his character is just as beautiful in the book as in the movie. Again, Glen Powell and his absurd levels of charm make Mark Reynolds a nicer guy in the movie than he is in the book – he seems a whole lot of toxic in the book. They are also never engaged, as they are in the film.

I don’t want to give away too much for those who are planning to pick up a copy, but if you do I really hope you like it. It is still a testament to the beautiful country of Guernsey and their almost overlooked horrors experienced in the war. I am as a result also quite interested in who Charles Lamb was, the country of Guernsey, and any man who might be similar to Dawsey! 😉

Have you read the book? DO let me know!