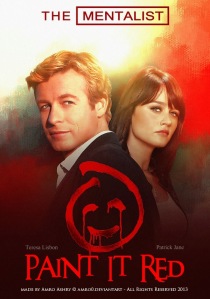 Highlights of the season: 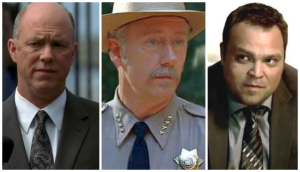 After years of hide and seek, Red John, the killer of Patrick’s family and countless others, are finally revealed. After narrowing it down to six candidates, Patrick (Simon Baker) realizes that the corruption of law enforcement runs deep and that is how Red John has been getting away with what he does every time. Patrick’s final confrontation with Red John plays out in such a spectacular fashion I was ready to start chewing nails. 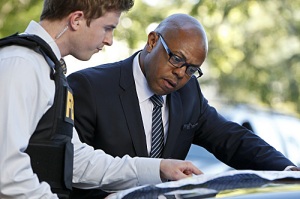 I’ve always wondered what Patrick would do after he caught the man that had ruined his life and taken away his family in such a brutal fashion. Seeing Patrick walking on the beach and just being at peace with who he is was unbelievably sweet.

Patrick, Teresa and Cho’s careers in the FBI

Theresa took the hardest hit for Patrick’s shenanigans, and when Patrick returns to the USA and requests her presence on the FBI team, it is such a sweet gesture from him. Cho (Tim Kang) is so focused on fixing himself and getting somewhere within law enforcement. I really like how he will always give credit to the right person and how hard working he is.

This is probably the thing after Red John that interested me the most. Teresa (Robin Tunney) and Patrick have the oddest relationship, and she is more often than not exasperated with him, but she is also the only person that gets why he is the way he is and can fully cope with his mannerisms. It is good that they waited for Red John to be out of the picture – Patrick could not start a relationship if he hadn’t apprehended the monster in his life first. 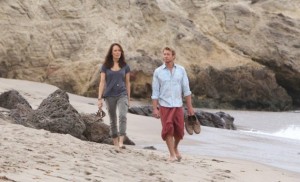 Although its usual length, The Mentalist season 6 felt like it took ages to get done. There were a lot of different things happening, so the feeling of being stretched wide is actually understandable.

The first 6 episodes are truly nail-biting and I would have rated those 8 had it been a separate season. Red John’s capture the extent of his power, the madness of the man and that final chase was scream worthy. I am really happy they didn’t spend the entire season on it; it would have been ridiculous to do that in the show’s sixth run. The man who played Red John (I don’t want to give too much away) was so frightening in the end. That voice flip still freaks me out to this day. A huge shout out to the show for finally revealing and ending the serial killer that has been tormenting Patrick for so long – I really don’t think that a seventh season of searching would have worked out at all.

The next couple of episodes deal with Jane’s hideout location, and how the FBI tracks him down to come work for them. I found it highly enjoyable because Patrick really did deserve a holiday after he put all that work in.

The majority of the last episodes are all cases with the FBI. The show evolves into purely procedural crime drama, and it works fine.  I really find Abbott amusing – he doesn’tmind at all to remind Jane who is in charge.

I loved Rigsby (Owain Yeoman) and Van Pelt’s (Amanda Righetti) relationship and how they made something for themselves outside the CBI and law-enforcement. One of the most intense scenes to me was with Rigsby hiding with their baby in the closet. I am a major fan of Rigsby and he is so cute as a father/husband/businessman. I am still a major fan of Cho and he should get some more screen time. He is so serious about his job and dedicated and momentarily hilarious most of the time.

The last few episodes slipped for me. It was without the jaw dropping emotion that had me hooked on this show from its first episode, and it just really felt tired. Simon Baker is still amazing as Patrick Jane. He is a great actor capable of projecting intense emotions. I mean, the whole human trafficking story could have been so much more if the writers were completely dedicated. That last episode could have been a lot more intense with the right aims. I did love Pedro Pascal as FBI agent Marcus Pike in here as well. When I realized that Oberyn Martell had crossed worlds to become an FBI agent I was really touched. His character was such a nice guy and you felt sorry for him even though he was messing with the plans of the show.